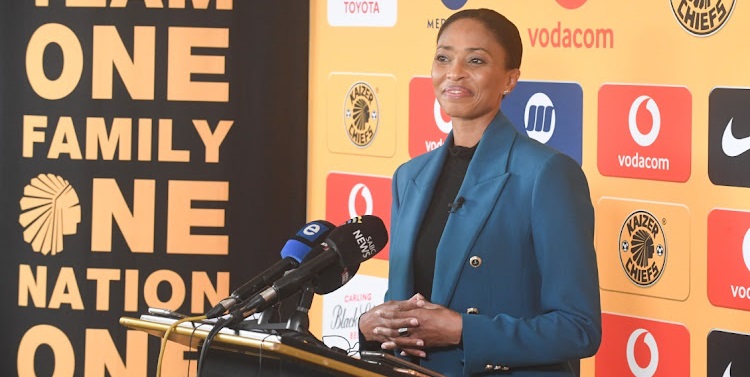 Having made some serious moves in the transfer window, Kaizer Chiefs marketing and commercial director Jessica Motaung feels they are building a strong team that will compete fiercely with their rivals in the new season.

The changes have restored hope among the Soweto giants' faithful and Motaung said they are excited about the season ahead and the new project.

“Our target is success, success at all levels and that’s very key, hence the work that you see being done at the technical level and the management level and at the brand level,” Motaung explained to Sowetan on Tuesday, after a panel discussion by industry leaders that was organised by LaLiga and Nielsen in Johannesburg.

“So that’s certainly one of the things we are aiming for and to our competitors, we will compete fiercely with them. That's key.

“We are very excited. Obviously there are a lot of changes and it is a new beginning and a process of renewal, so we are quite excited and looking forward to the team really connecting, gelling and preparing for the season.”

Motaung added that the team will still bring in new faces before the new season gets under way. Chiefs are still negotiating with Golden Arrows for the services of talented player Pule Mmodi, who made his desire to join the team known, while they are also looking to bring Kobamelo Kodisang from Portuguese side SC Braga.

“It is still the signing window, so when everything is done, we will let you know, but if there are certainly new announcements coming, it will be made to the public,” Motaung said.

“I’m glad that the supporters are excited and I think it is important that they are part of the journey. We want them to support the players that we bought together and we are also excited that we now have 100% of fans in the stadium with the way things look, so we are really keen for the new season to start.”

Vilakazi counts on his history with Khenyeza to succeed

Golden Arrows co-coach Vusumuzi Vilakazi believes his long-time relationship with fellow co-coach Mabhuti Khenyeza will help them succeed as they ...
Sport
1 month ago

The SA Under-23 team assembled for camp on Monday ahead of the 2022 Cosafa Cup in Durban.
Sport
1 month ago