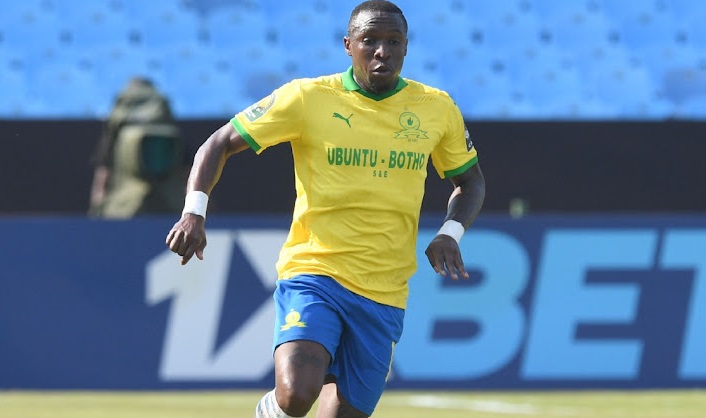 Despite his contract ending in June, midfielder George Maluleka looks keen to stay on at Mamelodi Sundowns and fight for his place next season.

Maluleka had a disappointing season with the Brazilians as he spent more time kicking his heels in the stands than on the field.

He only made six appearances for the Brazilians in all competitions, scoring once and creating two goals.

Two years ago, after his move from Kaizer Chiefs, he started his life at Masandawana well before he struggled with injuries.

But he hopes he has done enough for Sundowns to exercise their option and stay on and fight for a place in the starting XI.

“Obviously there is always something to improve. Yes... there were injuries and setbacks, but that’s another excitement for next season to build on and hopefully to play more if I stay injury-free,” Maluleka told the media after Sundowns received their fifth successive DStv Premiership league title at Chatsworth Stadium on Monday.

Sundowns co-coach Manqoba Mngqithi once revealed that the reason for Maluleka’s lack of game time at the club was largely due to injuries and that he has worked hard to regain his sharpness.

Having won another league title, however, the 33-year-old said that this was motivation to win more.

“It’s always nice to win. It’s always exciting, good motivation and I also want to do more for the upcoming season, just personal goals, so I’m very happy,” he said.

“There is no lack of challenge anywhere. I think we have worked hard from the beginning. We set our goals and very high standards for ourselves as Mamelodi Sundowns.

“Everything starts at training and we all have a common goal and it just looks easy from the other side, but it is a lot of hard work. Credit to the boys, the technical team and all Sundowns family. Big ups to everyone for the success we have now.”

Golden Arrows will have to wait for the SuperSport United v Orlando Pirates game on May 30 to see if they will finish in the top eight.
Sport
1 month ago

Former Orlando Pirates captain Lucky Lekgwathi is disappointed the current skipper Happy Jele failed to pick up the phone and seek some counsel on ...
Sport
1 month ago

Orlando Pirates kept their chances of qualifying for the Caf Champions League alive with their emphatic 4-1 DStv Premiership victory over Maritzburg ...
Sport
1 month ago

The Confederation of African Football (Caf) has noted a complaint about alleged irregularities made by SA Football Association (Safa) vice-president ...
Sport
1 month ago
Next Article