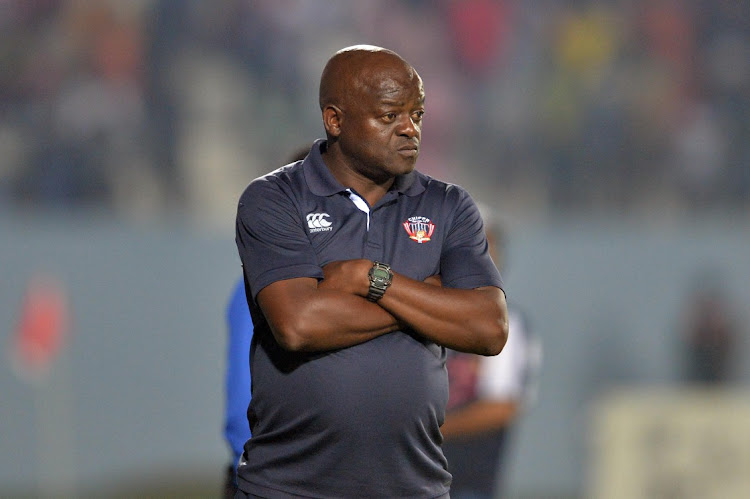 Marumo Gallants coach Dan Malesela is content with the season they had and feels winning the Nedbank Cup on Saturday will make it an excellent campaign.

Gallants finished 10th on the DStv Premiership table and have a chance to lift the Nedbank title this weekend when they face Mamelodi Sundowns at Royal Bafokeng Sports Palace (6pm).

Malesela said they plan to conclude the season by winning the title for the Limpopo side. “Kind of a good and bad season, good that we started very well ... even after the break we did well,” Malesela explained to the media.

“And then we started drawing a lot of matches and losing some, which is bad. The good again is that we got ourselves into the final of the Nedbank Cup, so that’s the kind of the season we have and I’m hoping that we will conclude it with a good [by winning the title].”

The 56-year-old added that they have already started with plans for next season and have identified players who will be released but only after the final.

“We have already looked at who we must keep and we have released some of the players but we can’t reveal that at the moment, it might upset the system,” Malesela said.

“We want everybody to have a friendly environment for the whole week and try to be as happy as possible. We try to keep harmony within the squad and see how we build morale.

“One of the best things you can do in football is to have a good atmosphere approaching finals. So we will try to build on that.”

Gallants are the defending champions of the Nedbank after winning it last year while they were still called Tshakhuma Tsha Madzivhandila.

They beat Sundowns in the semifinal on their way to winning the title and will hope to do the same against a side chasing the treble after winning the league and the MTN8.

'You came so close to bringing it home': Mthethwa salutes Pirates after CAF Confederations loss

"You made us proud and you have demonstrated the competitiveness of SA football clubs that continue to excel in Caf tournaments," said Nathi Mthethwa
Sport
2 months ago

After the US Soccer Federation announced it will have equal pay for its men's and women's national teams, Safa vice-president Ria Ledwaba believes SA ...
Sport
2 months ago
Next Article