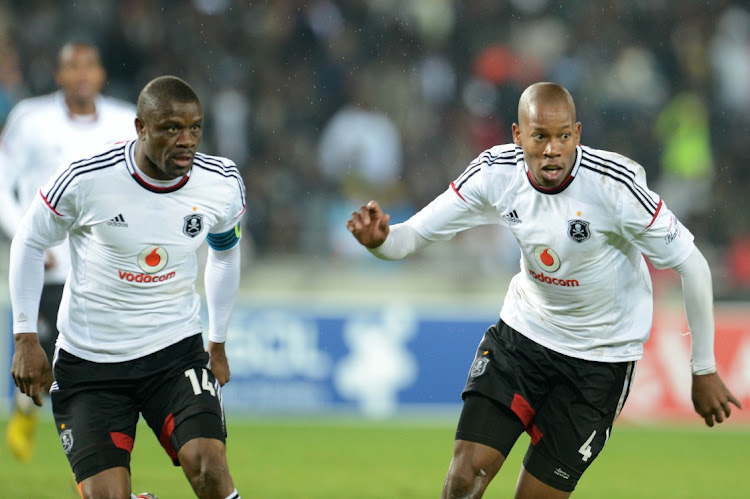 Former Orlando Pirates captain Lucky Lekgwathi is disappointed the current skipper Happy Jele failed to pick up the phone and seek some counsel on how his previous spell brought success to the club.

Lekgwathi was the skipper when Pirates won an unprecedented double treble between 2011 and 2012, a haul of six trophies.

Pirates have a rich history when it comes to club captains, who shoulder a lot of responsibility and expectations from the club and fanbase.

Lekgwathi can say he managed to swim and do well when he was thrown into the deep end. He captained the team during its most successful era, being the man who lifted the trophies during the double treble period.

A young Jele was part of Lekgwathi's defence for a long time and while the latter has long retired, the former has since gone on to be the longest-serving player in the club's history and has made the most appearances, amassing more than 400 caps. He's the club captain now, and with that comes judgement.

Speaking to Sowetan, Lekgwathi shared his thoughts on how the Sea Robbers ship sailed under the guidance of captain Jele.

"Sometimes as a person, you need to learn from other people. You mustn't be shy to ask for advice," said Lekgwathi. "When I was the captain I used to call [former captain] Edward Motale. We are both from Tshwane, so it was easy for me to ask advice from him. Happy wasn't supposed to be shy, if things were happening, call.

"There were people who led Pirates and won things, call them and ask for advice. Ask them to analyse your game or give you points. I used to ask Eddie about playing in the Champions League. I learnt from Magents that as the captain you're the coach inside the pitch," he said.

Lekgwathi questioned Jele's introverted character on the pitch, bringing an answer as to why Pirates lacked leadership in winnable games. Pirates have just lost the CAF Confederation Cup final to RS Berkane, and have become runners up in nine of the 11 finals they've played in the last decade.

"Happy is shy, even if something happens on the ground, he doesn't talk," said Lekgwathi. "If the team or a player is not on top of his game, he'll be shy to talk to them. You have to talk to players on the pitch. If he leaves his shy nature, he'll be a good captain."

Jele's current deal expires at the end of the season, and talks on his future at the club are expected to be held in the coming week.

Orlando Pirates kept their chances of qualifying for the Caf Champions League alive with their emphatic 4-1 DStv Premiership victory over Maritzburg ...
Sport
1 month ago

The Confederation of African Football (Caf) has noted a complaint about alleged irregularities made by SA Football Association (Safa) vice-president ...
Sport
1 month ago

As he prepares for life in the GladAfrica Championship, Baroka chairperson Khurishi Mphahlele has expressed profound disappointment while at the same ...
Sport
1 month ago

Huge boost for Bafana in 2023 Africa Cup of Nations qualifiers

Bafana Bafana’s qualification for the 2023 Africa Cup of Nations received a boost as their Group K opponents Zimbabwe have been expelled from the ...
Sport
1 month ago
Next Article