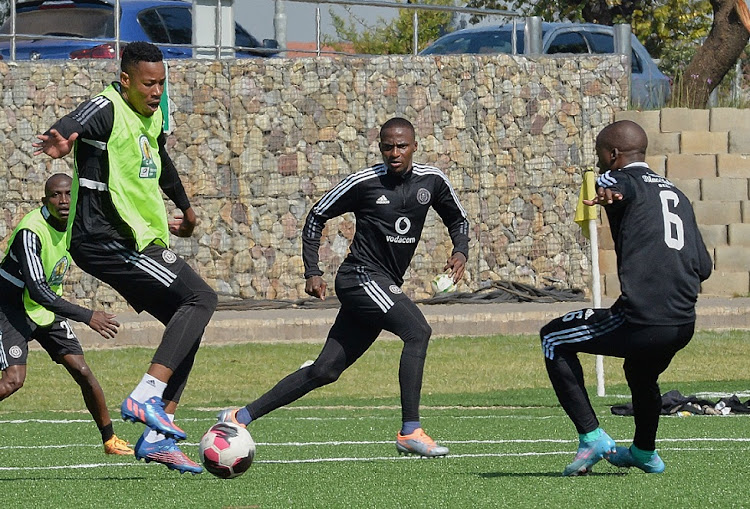 Orlando Pirates co-coach Mandla Ncikazi says his team need at least one away goal from the first leg of their Caf Confederation Cup semifinal against Al Ahli Tripoli in Benghazi on Sunday evening.

Bucs will hope for a win or draw on the artificial surface of the small but packed and hostile Martyrs of February Stadium in Benghazi (6pm SA time).

Ncikazi said Al Ahli have a quality combination all round.

“Whether they play the No.7 [Saleh] Al Taher on top, or the No.27 [Anis] Saltou; [Mohamed] Al Tubal at wing; [Mohammad] Al-Fakih the experienced No.10; [Ayoub] Ayed and [Bader] Hasan [Ahmed] in the centre of midfield; [Muayid ] Jaddour at right-back and [Mohammed] Mounir at left-back; Mansour [Makkari] at left centreback and [Wissam] Bousnina at right centreback, it's just a good team.

“They are disciplined in attack and defensively. We just have to deal with the game and adapt quickly. But we have a good team who can adapt to such situations.

“We have played here before. We just have to impose our game when we have the ball, while we adapt to theirs when we don't.

“The most important thing is to score here and get a result so that when we go back home we'll have the comfort of having scored away from home.”

The Martyrs Stadium, which holds just 10,500 spectators, is familiar to Pirates as they met Al Ahly Benghazi there in a 0-0 group stage draw in the 2020-21 Confederation Cup.

In this year's competition they travelled to Benghazi again to lose 3-2 against Al-Ittihad, though Bucs recovered to win Group B. Both Ittihad and Ahli are based in Tripoli but have played at the Martyrs Stadium due to problems with their home grounds.

“It does give us an advantage that we have been here before,” Ncikazi said. “We have played on the artificial surface, though they have changed the surface a bit. I think the changed surface will be better than the first one.

“Though we are playing two different teams here — this one is tactically better, with respect to the first team we played.”

The second leg at Orlando Stadium on this coming Sunday (May 15).