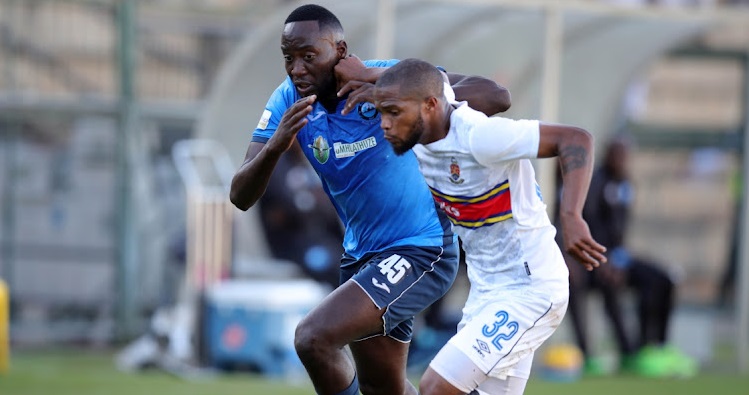 The race for automatic promotion in the GladAfrica Championship is heating up with things being too tight to call between Richards Bay and the University of Pretoria, however, SuperSport TV analyst Lucky Mhlathe has tipped Richards Bay to win the league.

The Natal Rich Boyz are now level with AmaTuks on 50 points but top the log on goal difference.

At the weekend, Richards Bay drew 2-2 with Uthongathi in the KwaZulu-Natal derby, their mishap allowing Tlisane Motaung's Tuks to catch up to them by beating Venda Football Academy 1-0.

With two games left in the season, things are promising to go down to the wire and Mhlathe believes that Richards Bay's ability to build winning streaks will see them get to play DStv Premiership football for the first time.

“It's all about who's going to be on a winning streak, who's on a winning momentum. I see Richards Bay finishing strong,” said Mhlathe. “I don't see them dropping points because they're defending well and are scoring [from] their opportunities.

“When you look at AmaTuks, after they had beat Richards Bay they had two draws; it was points dropped for me.

“They won the game against Venda [Football Academy], which was a tricky one because Venda wants the playoffs too. From where I stand, Richards Bay will gain automatic promotion. Tuks, Venda and JDR Stars; two of those will go to the playoffs,” he said.

Meanwhile, at the bottom of the table it has been mathematically confirmed that Jomo Cosmos have been relegated after they picked up a draw against TS Sporting that left them on 22 points with two games left, making it impossible to pass 14th-placed Tshakhuma Tsha Madzivhandila, who have 31 points.

Cosmos will campaign in the ABC Motsepe League next season. It will be the first time that Ezenkosi play outside the professional ranks in three decades.

Kaizer Chiefs’ mediocre run under caretaker coach Arthur Zwane has intensified the debate whether he deserves to be retained on full-time basis.
Sport
1 month ago

That Swallows, his former side, are embroiled in a relegation battle is the main reason AmaZulu coach Brandon Truter anticipates an exacting tie ...
Sport
1 month ago

They may have clinched their fifth successive Premiership title with four games to spare last week, but Mamelodi Sundowns co-coach Manqoba Mngqithi ...
Sport
1 month ago
Next Article