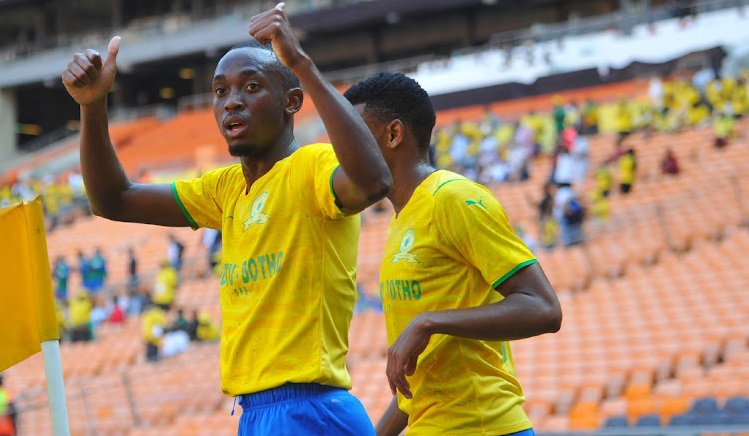 The Sundowns scoring machine is four goals away from matching that record with four matches remaining this season.

Mbesuma, however, feels the striker is capable of scoring more than the 25 goals he netted for Kaizer Chiefs in the 2004/05 season when he helped them win the league title.

“For me, I like strikers who score goals and for Shalulile I think he has been doing well, even last season. In the four seasons in the PSL, he has been outstanding and I think he can score even more than 25 goals,” Mbesuma told the media.

“The way Sundowns are playing and the form he is currently in the record is there to be broken. I came and broke the record. So another one will come and it will be broken.

“But for me, I’m proud of myself. When I came to SA I was nothing, but if you talk about strikers in SA, I’m one of the best. So the record I set is there to break.”

Having played with Shalulile at Highlands Park in 2016, the 38-year-old Zambian international said he is not surprised by how the Sundowns striker has improved in the past few years as he has been working hard at training.

“I wish him the best and I know Peter because I played with him at Highlands Park and he is a very humble guy,” he said.

“He always works extra hard and I was also staying behind with him and finishing. He is challenging himself, and for me it is not a surprise because I know the guy is hardworking.

“I know he is feeling under pressure but must take it easy and take it game by game.”

Mbesuma is now an assistant coach at Pretoria Callies in the GladAfrica Championship.

“I can’t run like when I was used to 15 or 10 years ago and you know right now you can see I’m more on the technical bench being an assistant coach/player. So yeah, it is football, anyone can come and break any record.”

They may have clinched their fifth successive Premiership title with four games to spare last week, but Mamelodi Sundowns co-coach Manqoba Mngqithi ...
Sport
1 month ago

Orlando Pirates' quest to earn a second spot and qualify for the CAF Champions League suffered a blow after they lost 0-1 to TS Galaxy in the DStv ...
Sport
1 month ago