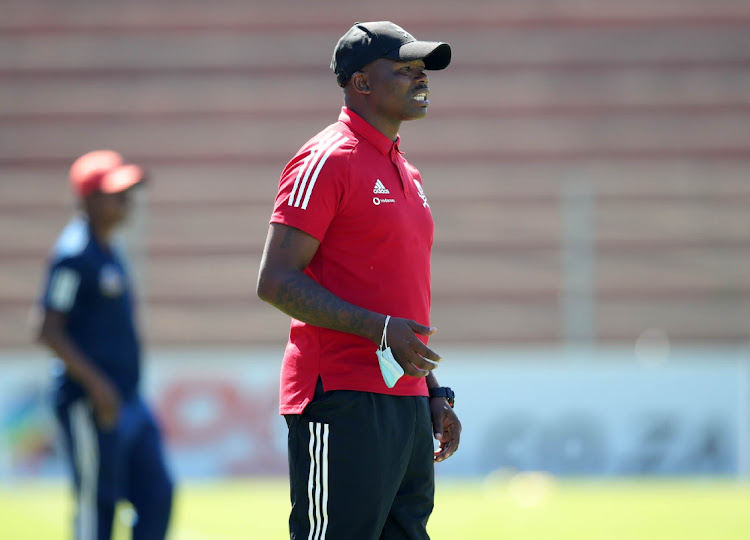 After becoming the first team in the MultiChoice Diski Challenge to register a seventh straight win following a hard-fought 3-2 victory over Mamelodi Sundowns, Orlando Pirates coach Mandla Qhogi has asked his players to keep their feet on the ground.

The victory at Lucas Moripe Stadium on Sunday saw Pirates return to the top of the Diski Challenge table with 30 points from 12 matches.

They leapfrogged Stellenbosch, who beat TS Galaxy on Saturday. Boitumelo Radiopane continued with his impressive form as he netted a brace to take his tally to nine, while James Monyane scored the other goal.

Qhogi was pleased with the seventh successive victory, but he is not looking too far ahead in the title race, as they lead second-place Stellenbosch by only three points.

“It’s good to get the first game [after the festive season break] out of the way and it is a good thing to do it against people that hurt us [before] in the rewind cup,” Qhogi told SuperSport TV after the game.

“Unfortunately, we let in two easy goals and I think we should have done better. But because of [it being] the first game, the boys will start returning to their momentum. We don’t have to fault them with anything.

“I think the break also had a role to play in us conceding because you could see we are still rusty. But game by game we will get better and make sure that we concede fewer goals.”

“Tough one to take. I must say that the first 15 minutes, we looked like we were in the game and controlled it very well,” he said.

“Also, in terms of our shape with or without the ball, it was good until we made a mistake that gave them a goal. After they scored, they gained confidence a little bit and we were chasing the game."

Orlando Pirates midfielder Nkanyiso Zungu’s agent Mike Makaab has opened up about the player’s possible exit from the Buccaneers.
Sport
5 days ago

Coach Ernst Middendorp has managed to convince Maritzburg United management that he’ll turn things around as relegation stares the Team of Choice in ...
Sport
6 days ago
Next Article