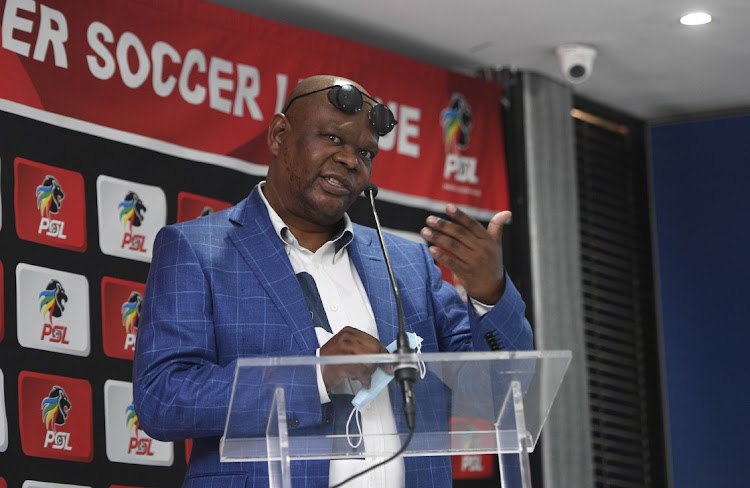 PSL and Chiefs are at loggerheads. The hassle stems from Chiefs’ failure to honour two fixtures against Cape Town City and Golden Arrows in December, citing a mass Covid-19 outbreak at the club’s Naturena headquarters.

Before giving these two matches a miss, Chiefs had asked the PSL to postpone their five December fixtures but the league dismissed the application, forcing the Soweto club to honour the last three games of the year against Sekhukhune United, Royal AM and Maritzburg United.

The league’s statement, that dismissed Chiefs’ request, was suggesting the Soweto club would forfeit the games against City and Arrows.

However, this matter took an unexpected turn last Monday when PSL chairman Irvin Khoza said in a press conference “every administrative decision is reviewable",  hinting the league could change its original stance on this saga.

While Sowetan gathered the PSL was aiming to put this matter to bed before the league action resumes next month, Majavu sounded non-committal on the time frame.

“I am dealing with the matter. I will make my decision once I am ready. I don’t know when I will make the decision on the matter because I am still waiting for some information. I can’t be drawn into time frames and things like that,’’ Majavu, who was appointed last week to succeed Nande Becker, told Sowetan yesterday.

Chiefs made it clear they were going to appeal the league’s original decision. Even so, SA Football Association (Safa) CEO Tebogo Motlanthe confirmed yesterday that Amakhosi hadn’t filed an appeal.

Sunday World reported Amakhosi have roped in sharp-witted legal expert Norman Arendse, who's no stranger to winning complicated cases in sports, to help them with this matter.

Kaizer Motaung on Chiefs turning 52: ‘Some said we wouldn’t last one season’

On their 52nd birthday, Kaizer Chiefs chairperson Kaizer Motaung has hailed the sustained growth and popularity of the sporting institution that is ...
Sport
1 week ago

The fracas that broke out between TS Galaxy owner-chairperson Tim Sukazi, his club’s officials and Orlando Pirates security personnel, including ...
Sport
1 week ago

Premier Soccer League (PSL) chairperson Irvin Khoza has indicated the league could reverse its decision to decline Kaizer Chiefs’ request to have ...
Sport
1 week ago
Next Article