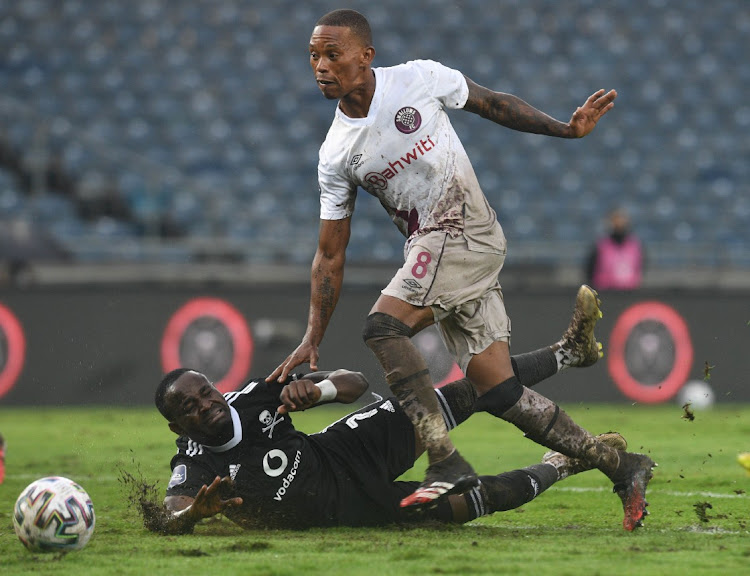 Veteran defender Vuyo Mere may be forced to hang up his soccer boots after leaving Swallows recently.

Sowetan has been informed that Swallows decided to part ways with Mere after their relationship had collapsed.

This after the defender was suspended by the club before for alleged misconduct towards the end of last year and have since terminated his contract.

Swallows CEO Sipho Xulu could not confirm or deny if the club has parted ways with Mere, only saying there is an internal investigation going on.

“The matter is not finally resolved and I cannot confirm if he has left the club,” Xulu told Sowetan yesterday.

“It is still an ongoing thing between the employer and the employee and concerning both parties, we cannot share with the public. But it should be finalised soon in the next few days.”

Mere has been with Swallows since September 2019 and came through with the club from the GladAfrica Championship where he played a key role in their promotion.

The defender also featured heavily last season, missing just four games as the club finished on the sixth position in their first campaign in the DStv Premiership.

But he has found the going tough this season having only played six games and his last appearance was in October against Chippa United.

Mere is held in high regard in domestic football for how long he has been able to continue performing and maintaining top fitness since he came through into the PSL as a teenager in the 2001/02 season.

Mere could not be reached for a comment yesterday and at 37, it is highly unlikely that he will find another team.

And should he walk away from the game now, that would would bring a 20-year professional career for the steely defender to an end.

Mere, who was born in Bloemfontein on March 5 1984, made his pro debut at just 17 for now defunct Hellenic.

Other teams Mere turned out for are Platinum Stars, Bidvest Wits and a second stint for Swallows in 2019.

Meanwhile, Chippa United have decided to keep caretaker coach Kurt Lentjies until the end of the season.

Chippa said they are encouraged with the impressive start Lentjies made since he took over from Gavin Hunt who was fired by the club last month.

“In the technical department, the team has decided to retain Kurt Lentjies as assisted by Siyabulela Gwambi for the balance of the season following an encouraging start to their tenure after the departure of Hunt,” a statement read.

Chippa also announced that they have promoted Lukanyo Mzinzi to executive director of the club with immediate effect.

Baroka goalkeeper Oscarine Masuluke had to look back at previous mistakes he made with the club to inspire him and deliver impressive performances.
Sport
1 week ago

Premier Soccer League (PSL) chairperson Irvin Khoza has indicated the league could reverse its decision to decline Kaizer Chiefs’ request to have ...
Sport
1 week ago

Despite winning just one of the seven games he’s overseen since his return to the club, charismatic Baroka coach Kgoloko Thobejane still enjoys full ...
Sport
2 weeks ago

Mamelodi Sundowns midfielder Lebohang Maboe shares his frustrations as he continues to be sidelined by a knee injury.
Sport
2 weeks ago
Next Article