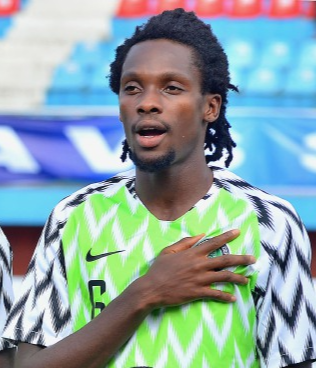 A whirlwind four-month spell at Orlando Pirates has catapulted their new centre back Olisa Ndah into Nigeria’s Africa Cup of Nations finals squad.

A Christmas Day announcement that the 23-year-old defender had been named among the 28-man squad that the Super Eagles will be taking to Cameroon next month is recognition of Ndah’ sterling work at the Buccaneers since he arrived in September from Akwa United.

It is also a recognition of the standard of the Premier Soccer League and the fact that performances in the SA league are being watched by selectors elsewhere on the continent.

Ndah has been outstanding for Pirates since arriving, and made up for the injury absence of Happy Jele, and will be delighted with the opportunity to add to the solitary cap he has won for the Super Eagles.

Nigeria also named Daniel Akpeyi in their squad for a second successive tournament. He was their first choice in Egypt 2019 where Nigeria beat Bafana Bafana in the quarterfinals but then lost to eventual winners Algeria in the semifinals.

But Akpeyi is not expected to be the number one choice this time around as Nigeria have been using instead the German-born Maduka Okoye regularly over the last year.

It is not the first time that a player from Chiefs and Pirates are in the same squad for a country, other than SA, at a Cup of Nations finals.

At the last Cup of Nations finals in Egypt in 2019, Zimbabwe had Khama Billiat, Teenage Hadebe from Chiefs and the Pirates pair of Kudakwashe Mahachi and Marshall Munetsi.

When Zimbabwe won to the Cup of Nations finals in Gabon in 2017, they had Willard Katsande from Chiefs and the Pirates striker Tendai Ndoro.

Next month’s tournament kicks off on January 9 and Nigeria play their first game against Egypt in Group D.

The Zimbabwe Football Association (Zifa) being warned by Fifa of a possible ban from the sport presents no back door opportunity for Bafana Bafana to ...
Sport
5 months ago