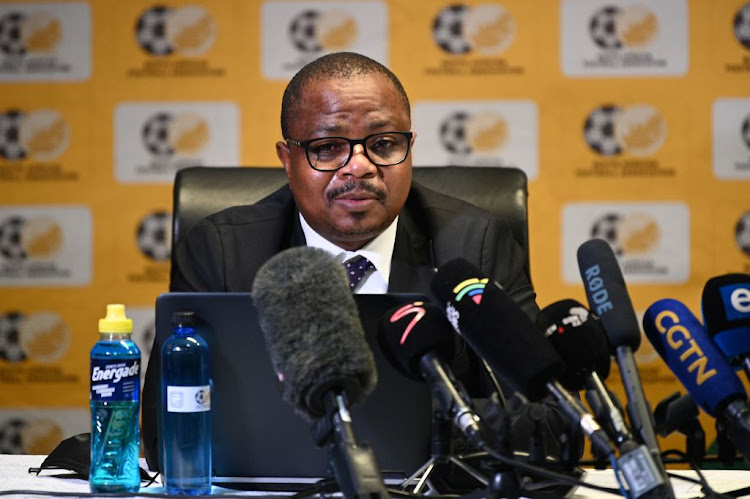 The Zimbabwe Football Association (Zifa) being warned by Fifa of a possible ban from the sport presents no backdoor opportunity for Bafana Bafana to enter the 2021 Africa Cup of Nations (Afcon) in January and February.

Fifa this week warned Zimbabwe, on the eve of the Nations Cup in Cameroon from January 9 to February 6, that the country’s national team may face a ban unless Zifa’s elected leadership regains control.

Bafana finished third in their qualifying Group C behind qualifiers Ghana and Sudan. SA's placing as the best third-positioned finisher in all 12 groups on 10 points sparked speculation, especially on social media, that if Zimbabwe were removed from the Covid-19-delayed 2021 Afcon, Bafana might have a chance of being installed in their place.

However, the Confederation of African Football (Caf) ruling is that should a team withdraw between qualifying for the Nations Cup and the start of the tournament, rather than being replaced, their four-team group in the finals tournament becomes reduced to three.

Safa CEO Tebogo Motlanthe confirmed that, even in the event Zimbabwe do not manage to resolve their issues and are banned, that would not mean Bafana's entry to Cameroon 2021.

“First of all I would say don't get ahead of yourself because Zimbabwe might still resolve their issues,” Motlanthe said.

“But, yes, you are reading the rule correctly, so even if Zimbabwe were banned there would be no path for Bafana to still qualify.

“I think people were just getting excited because Caf sometimes has the format in qualifying where the best runner-up or third-place team sometimes can qualify.”

Article 86 of the regulations for the 2021 Nations Cup states: “If a team withdraws after its qualification in the final tournament, but before its actual start, it shall be replaced by the team classified next in the group of the team in question. In default, the group to which belongs the forfeiting team shall be composed of three teams.”

What that translates to is that if Zimbabwe were removed, Guinea, currently the third-ranked side in Group B, would move up to occupy Zimbabwe's current second ranking. The group would then become a three-team contest, involving top-ranked Senegal, Guinea in second and Malawi, who would move up from fourth to third.

Global ruling body FIFA's warning to Zimbabwe came after the Zifa board was suspended by the country's Sports and Recreation Commission, a body tasked by the government to develop sport in the country.

FIFA disapproves of government interference in the administration of member associations and has banned countries from football over that issue in the past.

Confederation of African Football president Patrice Motsepe has made an emergency dash to Cameroon as the country’s hosting of next month’s Africa ...
Sport
6 months ago

The move aims to resolve the confederation’s long-standing and crippling broadcast rights impasse.
Sport
6 months ago

Premiership clubs up in arms over DStv Compact Cup

Premiership clubs are concerned about injuries to their players in the DStv Compact Cup, and disgruntled and shocked that the Premier Soccer League ...
Sport
6 months ago

Al Ahly coach Pitso Mosimane continues to set records, lifting his fifth trophy as the Red Devils beat Raja Casablanca 6-5 on penalties in the Caf ...
Sport
6 months ago
Next Article