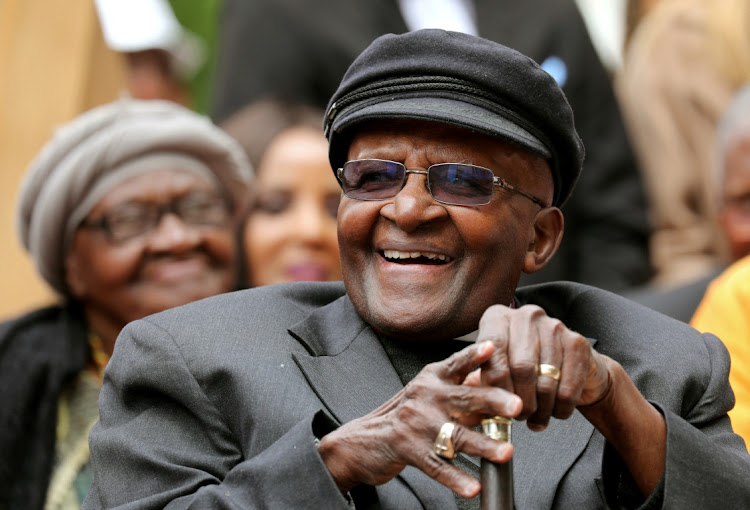 IFP founder and president emeritus Prince Mangosuthu Buthelezi has paid tribute to Archbishop Desmond Tutu who died in Cape Town on Sunday, saying he must be honoured for his humanity.

“Archbishop Tutu served his country with utmost commitment. He was a man of faith and strong convictions who sought freedom for the oppressed. His contribution to the liberation struggle will forever be honoured in the telling of history, and his pursuit of reconciliation between black and white will stand as his life’s testimony.

“As we grieve this great loss, Archbishop Tutu will be honoured for his humanity, his compassion and his capacity for forgiveness. He represented exactly what was needed as our country, and the world, transitioned from racial injustice to deepening democracy.

“We are grateful for his life and his service. It is no secret, of course, that Archbishop Tutu and I did not always see eye to eye. There were moments during our liberation struggle when his actions were difficult to understand. Yet we were in the midst of a tempest. I have no doubt that we were both following our conscience and doing what we believed to be right. This is underscored by the friendship we came to know over the last decade of his life,” Buthelezi said.

He said their faith and unquestionable love for SA were a formidable binding agent.

“I thank the Lord Almighty for granting us both such length of years, so that we could reach a place of friendship, having walked such a difficult road for SA. As he steps into eternity, may the Lord welcome him home. And may we who are left behind be comforted in our mourning,” Buthelezi said.

DA leader John Steenhuisen said Tutu has “left an indelible mark on the fabric of South African society, having played a key role in ending Apartheid and in the peaceful transition to constitutional democracy through the Truth and Reconciliation Commission”.

“For almost three decades since, he has been a voice of reason and compassion against poverty, racism, xenophobia and corruption, and for human development. When we lost our way, he was the moral compass that brought us back.

“In relation to the HIV epidemic, he took a stand for compassion and HIV prevention and treatment. His Desmond Tutu Health Foundation has worked tirelessly to fulfil his mission to protect individuals, families and communities in SA from the HIV epidemic. He worked towards ending stigma of all kinds, speaking out against the infringement of LGBTIQ rights across Africa,” Steenhuisen said.

He said Tutu was a wonderful person, possessing both great kindness and great courage.

“A true father of our nation, and a role model for all, who never shied from speaking truth to power..." he said.

The Tutu Family has thanked South Africans and the world who kept Archbishop Emeritus Desmond Tutu in their prayers, and whose love and respect for ...
News
7 months ago
Next Article