Turin side still smarting from biggest loss since 2004 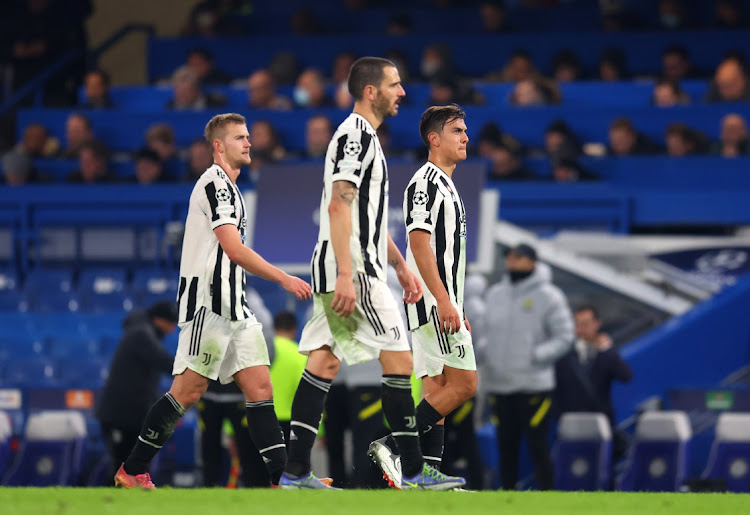 Turin - Free-scoring Atalanta are the last team Juventus need to be facing after their season went from bad to worse in midweek as they suffered their worst-ever defeat in European Cup competition at Chelsea.

Sitting eighth in Serie A after six wins from 13 matches, Juve trail league leaders Napoli by 11 points, with the return of Massimiliano Allegri as head coach not going as planned.

Even though progression to the last 16 of the Champions League had already been secured prior to Tuesday's trip to English Premier League side Chelsea, Allegri was left furious after Juve lost 4-0 - their heaviest defeat in Europe's elite club competition.

It was the Old Lady's biggest loss in all competitions since a 4-0 Serie A defeat by AS Roma in February 2004.

"We have limitations, there's no denying it," Allegri said after the Chelsea loss. "We'll work on them to improve.

"It's disappointing to concede four goals. Now we must think about Saturday's game with Atalanta, which is an important match."

Conceding four ahead of the visit of a team who have scored two or more goals in nine of their previous 10 matches in all competitions is far from ideal, with the pressure mounting on Allegri to turn things around.

Atalanta endured a slow start to the season due to several of their stars being out injured, but with their big players back, they have clicked into gear once more to sit fourth in the table, unbeaten in their previous six league matches.

Champions Inter are also preparing for a tough encounter tomorrow as they travel to promoted Venezia, who have won their last two league matches, including a 3-2 success over Jose Mourinho's Roma in their previous home game.

AC Milan, level on 32 points with Napoli at the top of the table, kept their hopes of reaching the Champions League last 16 alive with a dramatic win at Atletico Madrid on Wednesday. They welcome Sassuolo to the San Siro on Sunday.

Napoli host an inconsistent Lazio later on Sunday, where the leaders will have to do without top goalscorer Victor Osimhen after the Nigerian had surgery on his cheekbone and eye socket after he sustained fractures in the 3-2 defeat by Inter Milan last weekend.

Manchester United's caretaker manager Michael Carrick said Tuesday's 2-0 victory  over Villarreal in the Champions League was a huge boost for the ...
Sport
2 months ago

Michael Carrick came through his first game as Manchester United's 'pre-interim' manager with flying colours on Tuesday and should he mastermind a ...
Sport
2 months ago

France and Real Madrid forward Karim Benzema was found guilty of complicity in the attempted blackmail of a former international team mate over a sex ...
Sport
2 months ago

Benfica held Barcelona to a scoreless draw in the Uefa Champions League at the Camp Nou on Tuesday night, meaning the second team to qualify for the ...
Sport
2 months ago
Next Article