Conte's passion rubs off on Spurs in comeback win 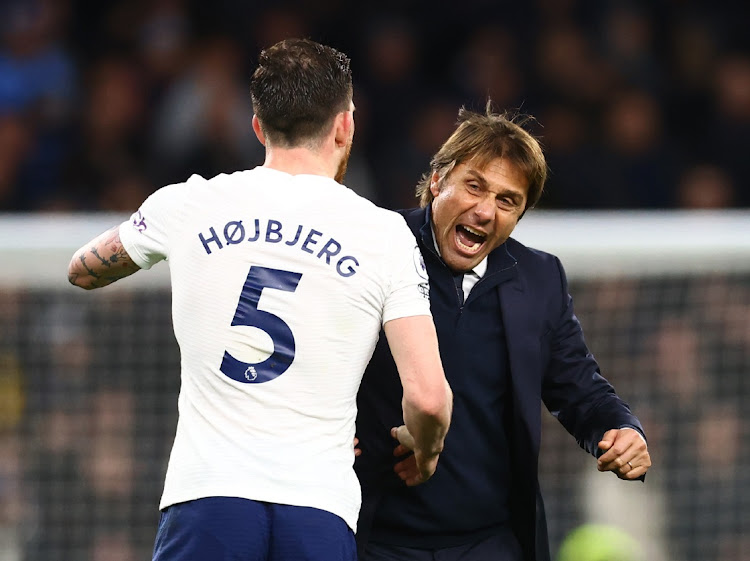 London - Antonio Conte's renowned inspirational qualities were in evidence as he fired up Tottenham Hotspur for a 2-1 comeback victory over Leeds United in the Premier League on Sunday.

The former Juventus and Chelsea coach vented his anger from the technical area several times during the first half as his lacklustre team were out-battled by injury-hit Leeds.

Boos rang out at halftime with Leeds ahead through Daniel James's close-range effort but Conte earned his money at the break, galvanising his players for a vastly-improved second half in which goals by Pierre-Emile Hojbjerg and Sergio Reguilon earned Tottenham the points to move them up to seventh.

Conte celebrated each goal like a man possessed, spent the closing stages conducting the fans and could hardly contain himself as the final whistle sounded at the end of his first Premier League home game in charge of the club.

"In the first half we struggled. Physically, tactically and in our intensity we struggled," Conte said.

"I think in the second half we changed things and we wanted to play with the same intensity as Leeds.

"We won the game, we deserved to win. We played attractive football and the crowd was with us."

The match statistics showed that Tottenham were out-run by Marcelo Bielsa's tenacious Leeds in the first half.

But that was reversed in the second half as Spurs showed the intensity Conte has demanded throughout his managerial career.

"At halftime the players showed me they could win this game," Conte, who resisted the urge to make any substitutions at the interval, said.

"I'm pleased with the players, they showed good personality and in the second half put pressure on Leeds in every part of the pitch. To win this way is good."

Reguilon, who scored his first Premier League goal to snatch the points, epitomised Tottenham's second-half display with an energetic shift up and down the left flank.

"We put in an amazing effort. We are so happy and so, so tired," the Spaniard said. The players, we know we needed to give more in the second half."

Xavi should be given time at Barca, says Puyol

Barcelona head coach Xavi Hernandez should be given "time and confidence" to succeed at the Catalan club, former captain Carles Puyol said after his ...
Sport
1 week ago

Manchester City moved back to second in the Premier League after a stylish 3-0 win over Everton at the Etihad Stadium on Sunday.
Sport
1 week ago

Belgium secured themselves a spot in next year’s World Cup finals and kept up their unbeaten qualifying run as they beat Estonia 3-1 in Brussels on ...
Sport
2 weeks ago
Next Article