Xavi should be given time at Barca, says Puyol 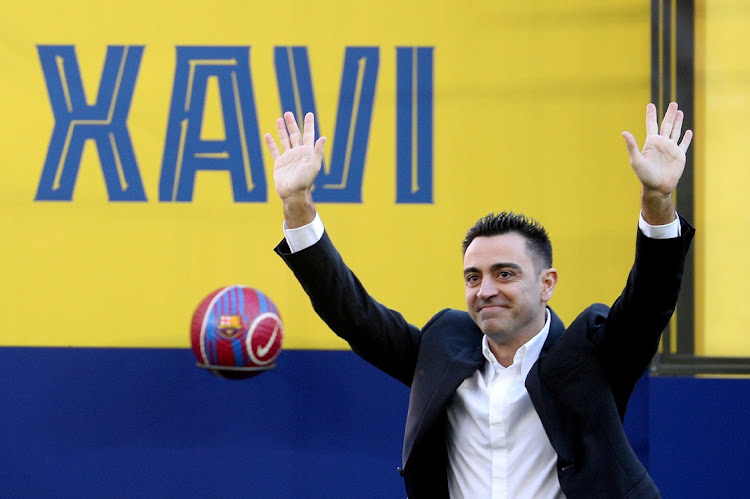 Barcelona - Barcelona head coach Xavi Hernandez should be given "time and confidence" to succeed at the Catalan club, former captain Carles Puyol said after his ex-team mate began life in his new role with a 1-0 home win over local rivals Espanyol.

Xavi, who played for Barcelona for 17 years and won 25 trophies, was named head coach after the club sacked Ronald Koeman earlier this month.

Given a contract until 2024, the 41-year-old made a winning start on Saturday with a victory over Espanyol that put Barcelona sixth in LaLiga on 20 points after 13 matches.

"I know Xavi very well and I know he has prepared himself very well. I am convinced that he will do very well," Puyol said.

"He has experienced moments as a player where we had difficult situations. Then we achieved great things with a great team.

"We had not won anything and then we won everything by playing very good football. So he knows exactly what to do, and you have to give him time and confidence."

Meanwhile, Juventus defender Danilo will miss a key run of fixtures over the next eight weeks due to a thigh injury, the Italian club announced yesterday.

The Brazilian has featured in all but three of Juve's games in all competitions this season, but was forced off with injury during Saturday's 2-0 Serie A win over Lazio in Rome.

"Diagnostic tests... showed a medium degree lesion of the adductor longus muscle of the left thigh. The initial recovery time is expected to be approximately eight weeks," read a club statement.

The Turin club are currently eighth in the Serie A table after a slow start to the season, but they top UEFA Champions League Group H, three points ahead of Chelsea, who they face today in London.

Danilo is set to miss at least 12 games, including European matches against the Blues and Malmo, league clashes with Atalanta, Napoli and AS Roma, and the Italian Super Cup against Inter Milan in January.

Manchester City moved back to second in the Premier League after a stylish 3-0 win over Everton at the Etihad Stadium on Sunday.
Sport
1 week ago

Belgium secured themselves a spot in next year’s World Cup finals and kept up their unbeaten qualifying run as they beat Estonia 3-1 in Brussels on ...
Sport
2 weeks ago

Holders France ran riot to reach the 2022 Fifa World Cup finals with a match to spare after four goals from Kylian Mbappe helped them to an 8-0 home ...
Sport
2 weeks ago
Next Article