Third win in a row propels side to fourth place 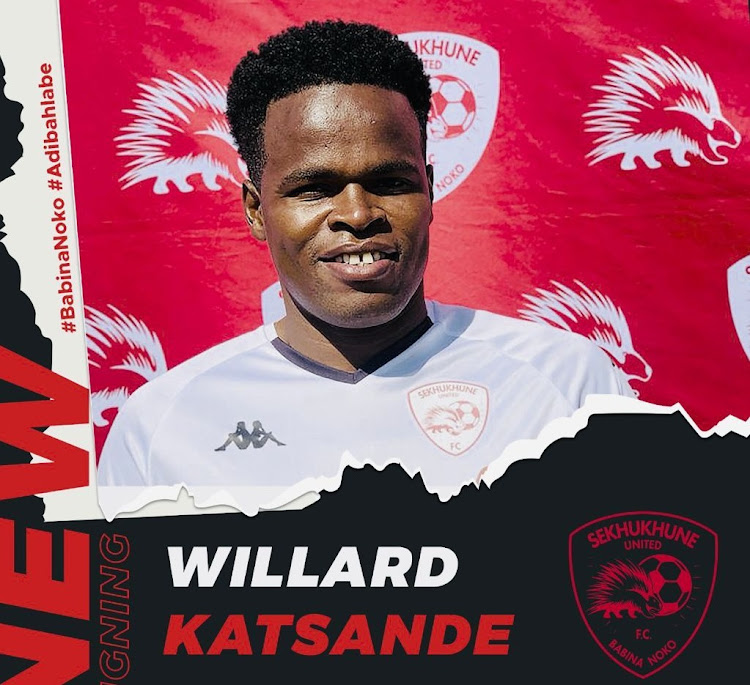 Veteran midfield anchor Willard Katsande has urged his Sekhukhune United teammates to remain humble after stringing together three successive wins in the league.

Sekhukhune’s 2-0 win over AmaZulu at Ellis Park Stadium on Wednesday, where Katsande alongside Chibuike Ohizu were on target, was their third on the spin, having outwitted Cape Town City and TS Galaxy in their previous outings.

This has seen Babina Noko occupy the fourth spot on the table. The side’s latest great form seems to have had the 35-year-old Katsande thinking complacency and arrogance will creep in, hence warning fellow players against getting carried away.

“The most important thing is to continue doing well. We must keep on improving as a team. We mustn’t get ahead of ourselves. We don’t need to lose our heads because the journey continues,’’ said Katsande, whose goal versus Usuthu was his maiden for Babina Noko.

The former Kaizer Chiefs strongman was also over the moon about finally scoring his first goal for Sekhukhune, underlining his commitment to work hard for the rookies.

“Obviously, I am feeling happy to have scored my first goal for Sekhukhune. I am very, very grateful for the opportunity to play for this club. I respect the badge. Like I always say, you’ll never doubt my commitment on the field irrespective of the team I am playing for,’’ stated Katsande.

Meanwhile, AmaZulu came into Ellis Park Stadium three days after playing what’s arguably the most difficult game in their recent memory against TP Mazembe in Lubumbashi in the CAF Champions League second preliminary round.

The match ended 1-1 but Usuthu prevailed on away goal rule since they hold the Congolese giants to a goalless draw in the first leg at home the other week.

Coach Benni McCarthy suggested the trip to Congo, where Mazembe allegedly played dirty tricks like falsifying their Covid-19 results, took its toll on his players against Babina Noko.

“We weren’t at our best. Normally, Shoes [Mbongeni Gumede] and TP [Tapelo Xoki] are so reliable but today they were the players who struggled the most. The trip to Congo was hard, so we expected to struggle against Sekhukhune,’’ noted McCarthy.

Marumo Gallants assistant coach Mpho Maleka has urged his side not to drop their heads in their fight to survive relegation from the DStv Premiership.
Sport
6 months ago

Orlando Pirates and Royal AM played out to a largely uninspiring 1-1 DStv Premiership encounter at Orlando Stadium on Thursday night.
Sport
6 months ago

Mamelodi Sundowns may be overwhelming favourites heading into the MTN8 final against Cape Town City at Moses Mabhida Stadium tomorrow at 6pm, but ...
Sport
6 months ago
Next Article