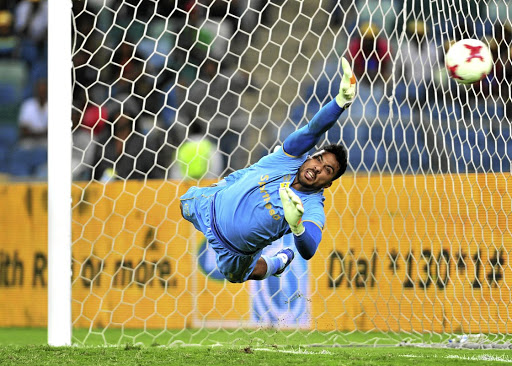 Mamelodi Sundowns may be overwhelming favourites heading into the MTN8 final against Cape Town City at Moses Mabhida Stadium tomorrow at 6pm, but former goalkeeper Shu-Aib Walters has warned not to write the Citizens off yet.

Walters, who was in goal when City won their first trophy, the Telkom Knockout, while coach Eric Tinkler was also in charge in 2016, said the team is capable of causing an upset.

Walters recalls that when they won the final five years ago against SuperSport United, City were also underdogs but went on to surprise many.

“Working with coach Eric Tinkler at Cape Town City and winning that competition working together, I know he is going to have a good plan to overcome Sundowns,” Walters told Sowetan yesterday.

“I think he is going to try and capitalise on transition and he is definitely going to go with a plan. I know that Cape Town City's form at the moment in the league is not that great but they have shown in the past that they can win some silverware and are capable of doing that.

“Look, all odds are going to go with Sundowns because they are in form at the moment but at the end of the day a cup game is a once-off and whoever capitalises on the opponent's mistakes will win the game.”

Walters added that City have nothing to lose and this could work for them as they are not under as much pressure to win the title as Sundowns are. “The thing about Eric is that this week is a normal week for them. He is not going to make noise since they are playing a cup game,” he said.

“He doesn’t want to get the players so anxious for the game. I think he would have gone on with his work as he would have any other week, as if he is going to play a normal league match. At the end of the day I think it is nice for Cape Town City because even when we played SuperSport in the final we went into the game as underdogs.

“Going into the game as underdogs, you have nothing to lose, which brings a bit more extra motivation for the players themselves. Also, for the club, the financial reward is more of an incentive for them. I know Sundowns want to win every game and every final but for City it will come as a motivation.”

Sundowns looking 'forward rather than backwards'

Mamelodi Sundowns co-coach Rulani Mokwena is turning a blind eye to their rather dreary history in the MTN8.
Sport
8 months ago

Orlando Pirates and Royal AM played out to a largely uninspiring 1-1 DStv Premiership encounter at Orlando Stadium on Thursday night.
Sport
8 months ago

Stellenbosch FC head coach Steve Barker has showered his players with praise after their league win against struggling Marumo Gallants on Wednesday.
Sport
8 months ago

Sekhukhune United midfield strongman Willard Katsande has opened up on his burning desire to return to Naturena and coach Kaizer Chiefs.
Sport
8 months ago
Next Article