City, Downs have beaten each other five times 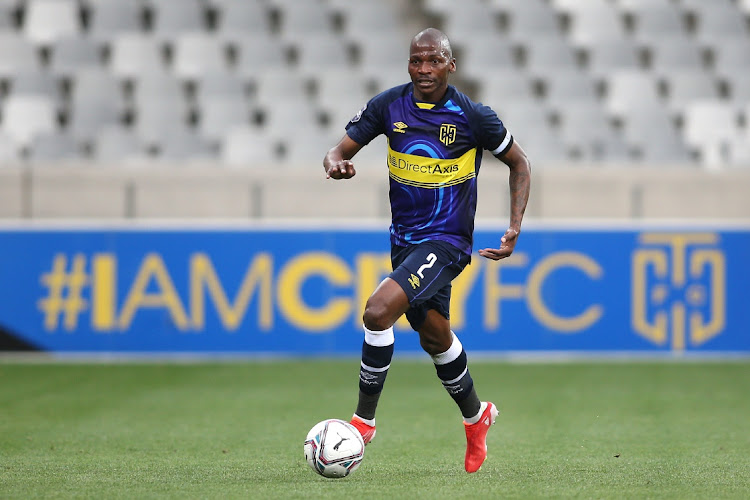 Cape Town City skipper Thamsanqa Mkhize has made it known that as much as they respect Mamelodi Sundowns, they don’t fear them, banking on the tied head-to-head record between them and the Tshwane giants.

City and Sundowns meet in the MTN8 final at the Moses Mabhida Stadium in Durban on Saturday at 6pm. These two sides have met 11 times before, with five victories apiece and a single draw.

“We have a lot of respect for them. They have achieved a lot as a team and they command respect from everyone but we definitely don’t have fear. We have a very even record against them. We have beaten them as much as they’ve beaten us in the past, so there can’t be any fear from our side,” Mkhize told Sowetan yesterday.

Sundowns have been trending for not conceding a single goal in the league thus far, while they have leaked five in cup competitions (three in the MTN8 and two in the CAF Champions League).

Mkhize, 33, seems to know why the Brazilians have only conceded in cup matches, feeling they will exploit Downs’ defensive frailty in knockout competitions again in the Wafa Wafa decider.

“I think they have kept it very tight at the back but in cup games it's different. Only a win will count for anything. For that reason, I’m sure they will be more open and try to go for it. That will give us the opportunity to also have a go and get the goals we need,” said the City captain.

While other teams who have faced Sundowns in recent times have assigned at least two defenders to deal with the Tshwane side’s free-scoring attacker, Peter Shalulile, Mkhize has revealed that they don't have any special plan for the Namibian ace, insisting they’ll deal with Sundowns as a unit instead.

“Shalulile is a dangerous player. He has a lot of qualities but we cannot pay special attention to him in this game. We trust ourselves against anyone. Our defenders have the capability to deal with anyone in the league, so we just have to remain focused and keep things tight at the back,” said Mkhize.

That he’s won just a single trophy in the top-flight doesn't sit well with Peter Shalulile. The Mamelodi Sundowns talisman is aspiring to take his ...
Sport
9 months ago

After the Premier Soccer League (PSL) confirmed that a total of 2,000 people would be allowed to attend the MTN8 final between Cape Town City and ...
Sport
9 months ago

Maritzburg United have moved up to second place on the DStv Premiership log after they defeated Marumo Gallants 1-0 at the Danie Craven Stadium on ...
Sport
9 months ago

Banyana Banyana coach Desiree Ellis says she is still not completely satisfied with her side’s performance despite thumping Mozambique convincingly ...
Sport
9 months ago
Next Article