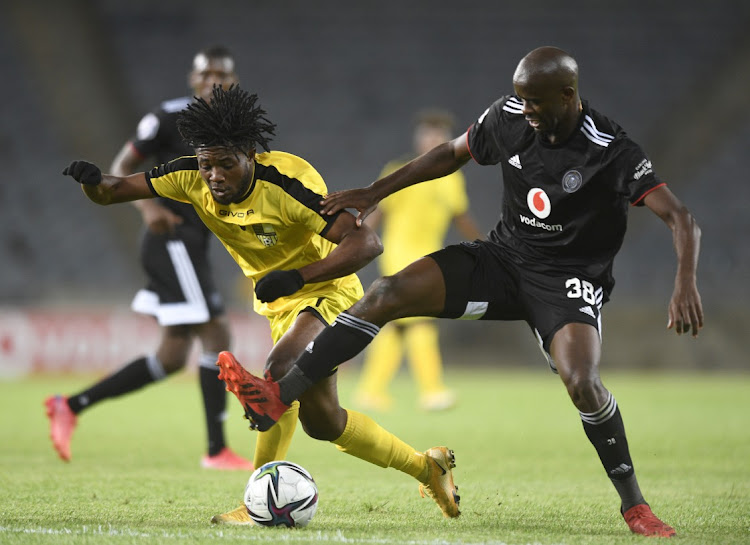 Orlando Pirates barely have time to reflect on their progress in the CAF Confederation Cup as they have a DStv Premiership game against Royal AM looming on Thursday (Orlando Stadium, 5.30pm).

At the weekend, the Soweto giants defeated Diables Noirs of Congo Brazzaville 1-0 at Orlando Stadium to advance to the final qualifying round of the Confed Cup, Africa's second-tier clubs championship .

“I am happy that we qualified for the next round [of Confed] and knew that we had to avoid conceding an early goal. They threw everything at us, but we stood our ground to win the game,” said Ncikazi during the virtual post-match press conference.

Goodman Mosele, who failed to honour his call-up to Bafana Bafana during the international break, started the game.

Ncikazi praised Mosele for his outstanding performance and said he handled himself like a true professional.

“I was surprised that Goodman played the whole 90 minutes. We were skeptical because it had been some period since he's been not with the team. I am happy that he is back. We expect a lot from him. We are proud of the boy,” Ncikazi said.

He said their league game against Royal, who are unbeaten in their past five league matches with four wins and one draw, would be a different ball game.

Ncikazi also praised Jele for his leadership at the back and for scoring the winning goal, expressing hope that the skipper and his teammates show the same determination against Royal.

“The whole defence stood their ground against Diables. The midfield did exceptionally well. Let us take the same spirit and determination into the next game against Royal AM. If we play the way we did against Diables, we will keep another clean sheet and win on Thursday. We are taking it one game at a time as we are trying to improve our team,” added Ncikazi.

Cape Town City coach Eric Tinkler has shared his analyses on how he thinks Mamelodi Sundowns have been successful so far ahead of their MTN8 final at ...
Sport
2 months ago