Chiefs coach impressed by from of attacking trio 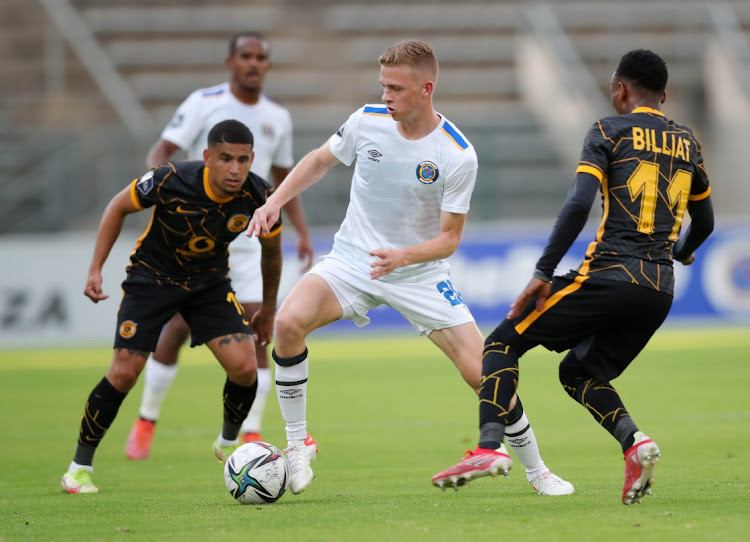 Kaizer Chiefs coach Stuart Baxter has cautioned the superb form Keagan Dolly, Khama Billiat and Bernard Parker are currently in will make things difficult for natural strikers Samir Nurkovic and Leonardo Castro once they return from their injuries.

In the absence of Nurkovic and Castro, the trio of Dolly, Billiat and Parker have spearheaded Chiefs’ attack with aplomb, netting an impressive five goals among them in the last two games versus Chippa United and SuperSport United.

While Castro is nearing his return to action after a successful surgery, Nurkovic has been allowed to do his rehab, after a knee operation, in his native Serbia, where his father is “seriously ill’’. Baxter has warned the striking duo won't have it easy when they return.

“It’s going to be difficult for Samir…he may take the role Bernard has, for example. That’s the one he could be competing for, while Leo could be competing for the one Khama has... Samir has been allowed to go home to be with his seriously ill father and he’s getting his rehab there,’’ Baxter stated.

“We’ve had this side thing of playing with the front three [of Dolly, Billiat and Parker] that are very mobile and quick. Sometimes [we’ve] played through the middle a little bit more often than having the three as two wingers and a No 9, so we have changed that and we’ve had that false No 9 sort of idea and allowing the full-backs to get higher up the field.”

Baxter also reserved a special praise for Parker after netting a brace that inspired Chiefs to a 2-1 league win over SuperSport at the weekend. Dolly assisted the 35-year-old utility attacker for both goals, while Njabulo Ngcobo scored an own goal at Lucas Moripe Stadium.

“I told the players that they are privileged to have a senior professional like Parker who puts in the shift he put in tonight [on Sunday]. He got the goals that won us the three points and who is an absolute glowing example of the sort of players that we want to produce in SA,’’ said Baxter of Parker.

Chiefs coach Baxter to the critics: 'I wouldn't criticise a brain surgeon on social media'

Kaizer Chiefs coach Stuart Baxter has fired back at his critics on social media and suggested he is not too bothered by the abusive comments that are ...
Sport
6 months ago

SA clubs are walking with an extra spring in their steps after they made the nation proud on the continent at the weekend.
Sport
6 months ago

Maritzburg United coach Ernst Middendorp has insinuated they are lucky to have accumulated 10 points from eight games this season, accepting that ...
Sport
6 months ago

After AmaZulu put themselves in the history books as they qualified for their first CAF Champions League group stage, coach Benni McCarthy ...
Sport
6 months ago
Next Article