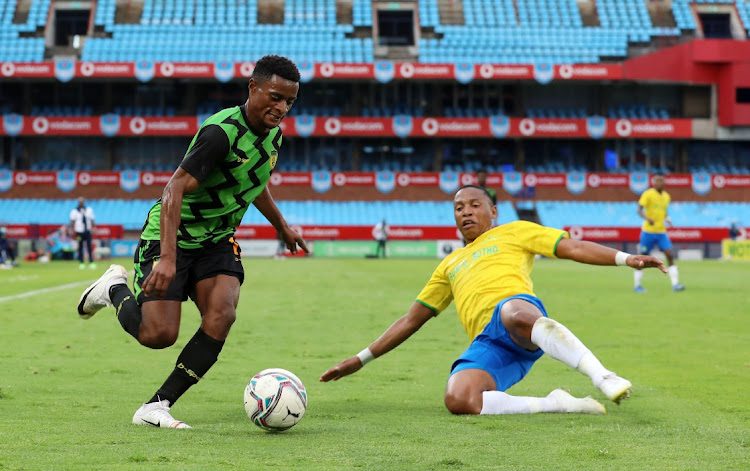 The Brazilians defeated Maniema Union 4-2 on aggregate to seal the qualification at Loftus Versfeld on Sunday.

In the previous campaign, Sundowns were eliminated from the quarterfinals by Al Ahly in a match Mngqithi felt they were unfortunate not to win.

"We are of the view that we've got a better team than last season," Mngqithi told the media after the match.

"Even though last year we believed we had a very, very good team. If you can still remember what transpired last season. We performed very well. We were unfortunate against Al Ahly in that a Peter Shalulile goal was adjudged offside.

"But the group that we have this year has been reinforced a little bit from what we had last year and we are very hopeful that they can win the Champions League.”

The Brazilians remain unbeaten in all competitions this season and Mngqithi insists they will remain humble and keep their foot on the ground as they look to win every trophy on offer.

“We are very confident that the group that we have can lift any trophy that is on offer, but we have to take every game and give it the seriousness and attention that it deserves,” he said.

"Every opponent then becomes critical in us achieving those targets. We have to make sure that there are no games we take for granted. We need to pull our A-game. We could have won last year, but we made two silly mistakes and I believe we learned from that.”

With the group stages set to take place after the Africa Cup of Nations in January, the 50-year-old also feels this will help them as they would have played more matches in the DStv Premiership already where their focus is at the moment.

“We also struggle towards the end of the season when we are dealing with Nedbank Cup, group stages and also dealing with the league, so the number of games we would have played before group stages might help us.”

Sundowns will shift their focus to the MTN8 final against Cape Town City at Moses Mabhida Stadium on Saturday at 6pm.

Cape Town City coach Eric Tinkler has shared his analyses on how he thinks Mamelodi Sundowns have been successful so far ahead of their MTN8 final at ...
Sport
6 months ago

SA clubs are walking with an extra spring in their steps after they made the nation proud on the continent at the weekend.
Sport
6 months ago
Next Article