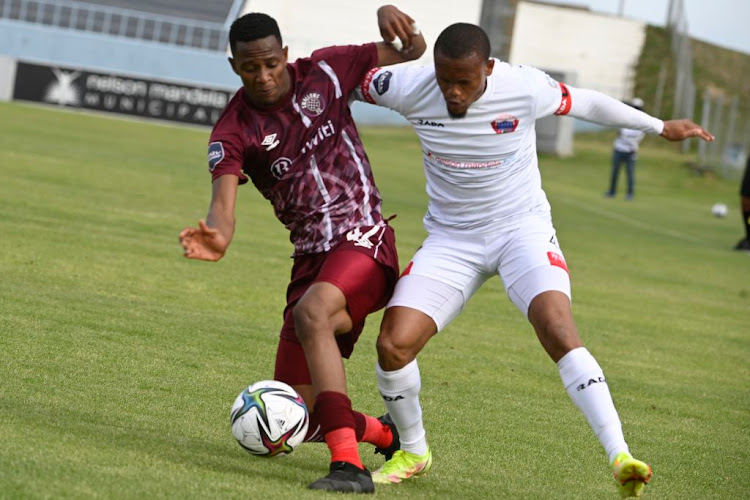 Chippa United's inability to find the back of the net reared its ugly head again as they played to a dull, goalless draw against fellow basement dwellers Swallows FC in their DStv Premiership match at the Sisa Dukashe Stadium, in Mdantsane on Sunday.

The drab affair saw the team extend their winless run to seven matches. Despite creating numerous attempts, Chippa failed to convert those chances into goals and coach Gavin Hunt will have been left frustrated and scratching his head again.

The last time the Chilli Boys tasted victory was against league rookies Sekhukhune United in their opening match of the season, and since then Chippa have struggled to get another win.

Hunt made six cganges to his starting line-up from the team that was thumped 4-0 by Kaizer Chiefs, which saw goalkeeper Ayanda Mtshali, Zuko Mdunyelwa, Sammy Seabi, Eva Nga Bienvenu, Mogakalodi Ngele and Sandile Mthethwa all starting.

And his changes saw Chippa dominate throughout the game and create more goal scoring opportunities than the visitors, but his troops just could just not bury the ball in the back of the net.

The Chilli Boys' first attempt at goals came after just six minutes when Roscoe Pietersen received a pass from Riaan Hanamub, but his header was blocked by Swallows goalkeeper Jody February.

Pietersen, who is enjoying a second term at the Gqeberha side, struck again in the 44th minute but his attempt was blocked by the Dube Birds' defence.

Two minutes later Swallows hit back through Mwape Musona but Chippa's goalie Mtshali denied him of the opportunity to score the opening goal of the match. Chippa continued with their dominance in the second half but their hard work was in vein.