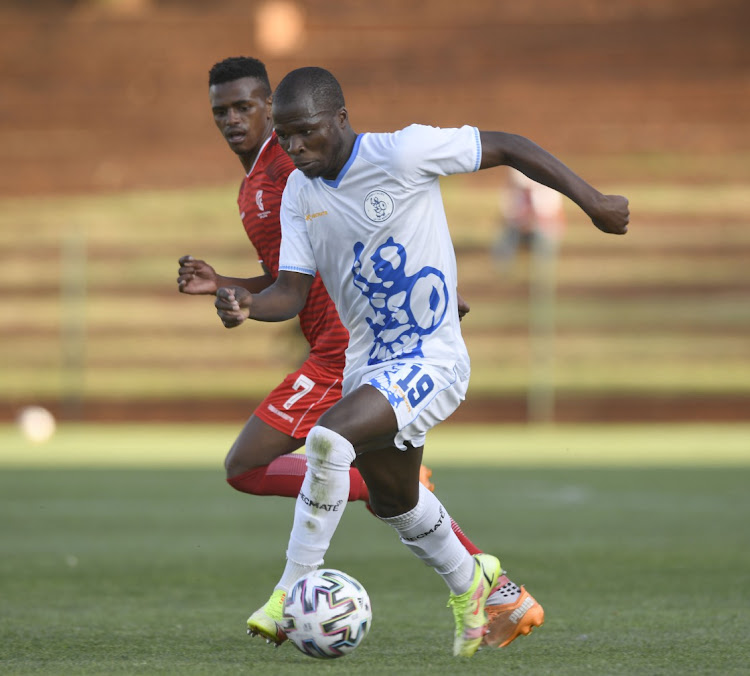 After scoring his first hattrick in his professional career with Pretoria Callies during their 6-1 victory over Cape Town Spurs on Sunday, striker Edmore Chirambadare is itching for more goals.

Chirambadare praised his teammates for helping him to net the hattrick.

“It is a nice feeling. You know, when you score two goals, it gives you motivation that you need to score another one to make a hattrick,” Chirambadare told Sowetan yesterday.

“So, it was a good feeling for me to score three goals on that day and all the glory goes to the Almighty, you can’t do it without Him.

“That was my first hattrick in professional football and now I’m itching for more. When you play different positions, it can take a long time.

“It was not easy, but as a team, we worked very hard for me to get those three goals and for the club to win 6-1 on the day.”

Even though he is two goals behind Muyaba, the ex-Kaizer Chiefs striker is not thinking of winning the top goalscorer award yet.

He insists he plans to score more goals and help Callies qualify for the promotional-play-offs at the end of the season.

“I have five goals. I won’t say I want to challenge anything. I just want to keep on scoring goals and see the way forward and also help the team. If we managed to win the league or be in the playoffs, it would be an achievement for the team,” he said.

“GladAfrica Championship is not an easy league. It is very tough. You meet tough players, competitive teams and it is not easy.

“I have confidence now when we meet different teams and different players.”

With coach Joel Masutha believing in him and playing in a position he enjoys, which is the center forward, the 29-year-old Zimbabwean international promised that he would score more goals for the club.

“If you change positions, play as a winger, you still need to score, but the most important thing is to assist your strikers. The target is to score more goals and have more assists and to go back to the Dstv Premiership again, that’s the target. I need to show what I didn't do at that time.”

Three players claiming to be owed salaries by Marumo Gallants have taken their fight with the embattled club to the PSL dispute resolution chamber ...
Sport
9 months ago

Marumo Gallants have no one but themselves to blame for failing to register their first DStv Premiership win after they squandered a two-goal lead to ...
Sport
9 months ago

Orlando Pirates' senior official Floyd Mbele has confirmed there will be no spectators when they face CSMD Diables Noirs from the Congo in a ...
Sport
9 months ago
Next Article