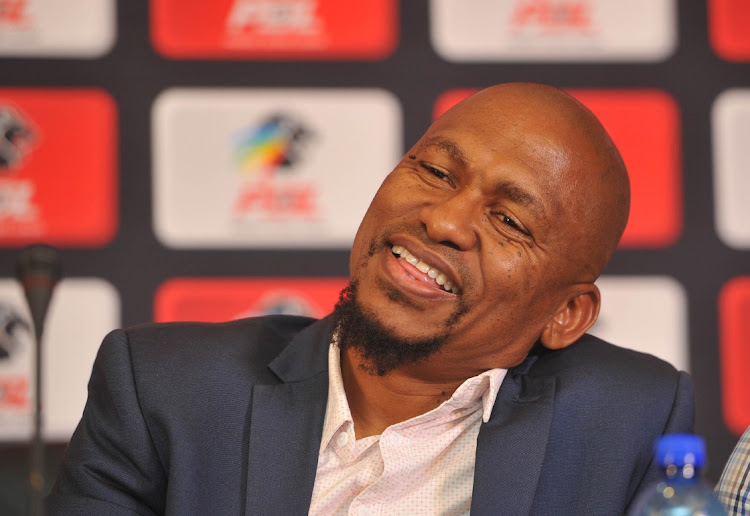 Three players claiming to be owed salaries by Marumo Gallants have taken their fight with the embattled club to the PSL dispute resolution chamber (DRC).

Aluwani Nedzamba, Simon Mamudzidzi and Tholang Masegela had their contracts terminated with Gallants after they were initially suspended for taking their dispute with the club to the SA Football Players Union (Safpu) to demand their outstanding salaries.

The move came a day after former coach Sébastien Migné also said he would challenge his dismissal by the struggling club.

It seems the club is struggling financially, as Migné revealed to online publication, Far Post, that their chairman Abram Sello refused to book a hotel when they arrived in Equatorial Guinea for the CAF Confederation Cup match against Futuro Kings and missed a plane because of that.

The three players were allegedly not paid their salaries for more than five months.

Safpu president Thulaganyo Gaoshubelwe confirmed they have written to DRC and are waiting for a date to appear.

“We’ve put the club on default. We gave them 10 days to respond and do right with the players’ contract,” Gaoshubelwe told Sowetan yesterday. “So, we decided to take the matter to DRC because they need to pay the players what’s due to them."

Gallants may face the possibility of a transfer ban or fine should the players decide to take their fight to the football mother body Fifa after the DRC.

Now defunct Bloemfontein Celtic were banned from signing players after they lost a case against Patrick Tingyemb.

Tingyemb took his case of unfair dismissal to Fifa after an ugly end to his 11-year stay at the club.

Fifa then ruled in Tingyemb’s favour for unfair dismissal in October last year, with the club dragging its feet in duly making the outstanding payment, resulting in a two-window transfer ban.

“One of the sanctions they can impose is one of the following: they can receive a fine or ban from registering players and we will see what will happen in these instances,” Gaoshubelwe said. “The players will also ask for their clearances so they can go and play somewhere and start earning their salaries.”

Marumo Gallants have no one but themselves to blame for failing to register their first DStv Premiership win after they squandered a two-goal lead to ...
Sport
9 months ago

Orlando Pirates' senior official Floyd Mbele has confirmed there will be no spectators when they face CSMD Diables Noirs from the Congo in a ...
Sport
9 months ago

TS Galaxy midfielder Mlungisi Mbunjana is optimistic about his side’s chances of claiming  maximum points in their league match against AmaZulu at ...
Sport
9 months ago
Next Article