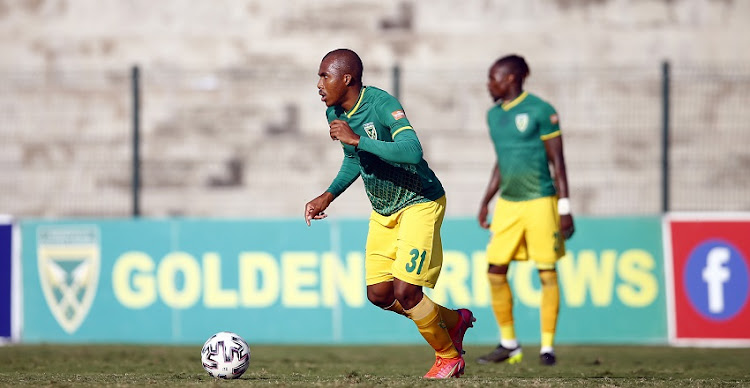 Golden Arrows utility defender Thabani Zuke doesn’t think playing Mamelodi Sundowns just two days after a taxing trip to Congo will give them any advantage, expecting the Brazilians to shuffle their XI.

Arrows host leaders Sundowns in a league clash at Sugar Ray Xulu Stadium this afternoon (3.30pm). The Tshwane giants head into this match coming from a 2-all stalemate against Congolese side Maniema Union in the first leg of the CAF Champions League second preliminary round over the weekend.

“Yes, Sundowns played in Congo on Sunday, but that doesn’t mean they’ll be tired because they have so many players. I really don’t feel playing them on the back of coming from Congo gives us an edge. I foresee them using a different team against us,’’ Zuke told Sowetan yesterday.

True to Zuke’s prediction, Sundowns coach Manqoba Mngqithi hasn’t hidden they’ll have a few changes from the line-up that drew in Congo when they take on Abafana Bes’thende.

“There’ll be some changes to refresh the team, considering that we travelled and played in very harsh weather… very humid. Players were almost dehydrated, so obviously we’ll have a few changes,’’ said Mngqithi.

“Arrows are a very unpredictable team. So, you can never really be sure. In the cup match where we beat them, they were forced to come out because they already had a disadvantage of a goal that we scored in Durban (first leg),’’ stated the Sundowns mentor.

“But we know naturally that they’re a very strong transitional team. In this game, they’re not forced to open too early… they might sit in a little bit, which would require a little bit more from us. We believe we have the capacity to unlock them.”

Orlando Pirates' senior official Floyd Mbele has confirmed there will be no spectators when they face CSMD Diables Noirs from the Congo in a ...
Sport
9 months ago

TS Galaxy midfielder Mlungisi Mbunjana is optimistic about his side’s chances of claiming  maximum points in their league match against AmaZulu at ...
Sport
9 months ago

Sundowns Diski side is 'work in progress'

Mamelodi Sundowns Diski Challenge reserve league side are work in progress, according to their coach Surprise Moriri.
Sport
9 months ago

Masutha warns Callies not to be complacent after a big win

After registering a 6-1 victory over Cape Town Spurs in the GladAfrica Championship at Lucas Moripe Stadium on Sunday, Pretoria Callies coach Joel ...
Sport
9 months ago
Next Article