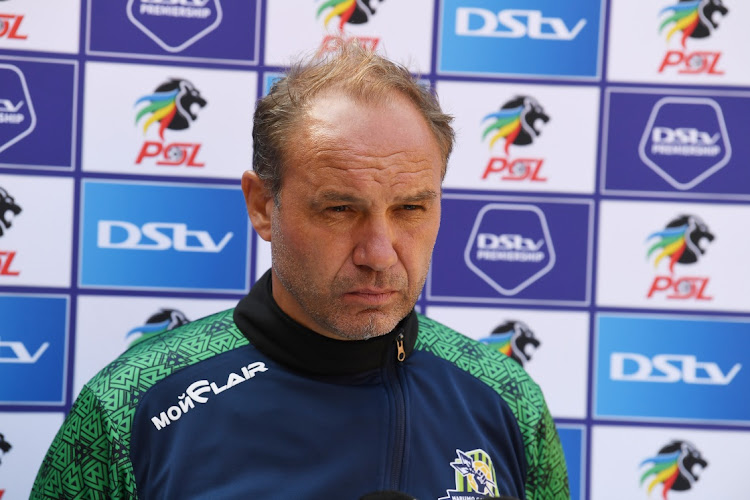 Marumo Gallants coach Sébastien Migné has distanced himself from the controversial exit of Dutch winger Jeroen Lumu, implying it was the club's decision to let go of the player.

Lumu had joined Gallants last month. Three weeks ago, the Limpopo-based outfit decided to terminate the 26-year-old’s contract without him even kicking the ball.

“There was some trouble between him and the club. He [Lumu] was signed before my arrival. I don’t want to interfere. You need to ask these questions to my board. I am not the one who decided that he must leave our club,’’ said Migné.

Under Migné this term, Gallants are winless from two league games with a defeat (0-2 to Baroka) and a draw (goalless at home to Orlando Pirates). The Frenchman has revealed they want to be one of the league’s surprise packages this season, highlighting guaranteeing safety was their immediate goal.

“We want to compete. We can be a surprise package in this league. But first of all we need to make sure we stay in the PSL. That’s our goal at the moment. Last season we had only seven wins, so the aim is to get those seven victories very early but I can't be a liar and say it will be easy,’’ the Gallants coach stated.

Migné also disclosed he had been following the Premier Soccer League when he was the head coach of Kenya national team as some of his players were plying their trade in this country. The 48-year-old mentored Kenya between May 2018 and August 2019, before going to coach the Equatorial Guinea national side from November 2019 to June last year.

“I wanted to coach a club, not a national team, because I wanted to work with players daily. So, it was impossible for me to refuse a challenge to come to SA. I followed this league since I was with Kenyan national team because I had some players who were playing here,’’ Migné said.

“My aim is to combine my experience with the experience of my local staff members. I am enjoying this country. It’s a beautiful country, and the league is competitive.’’

Eric Tinkler will feel that his team holds the advantage after Cape Town City denied Swallows a crucial away goal in the first leg of the second MTN8 ...
Sport
4 months ago

Mamelodi Sundowns coach Rulani Mokwena is expecting his team's defence to be tested by attacking Golden Arrows in their MTN8 semifinal first-leg ...
Sport
5 months ago