Pirates coach says he had asked for a second assistant 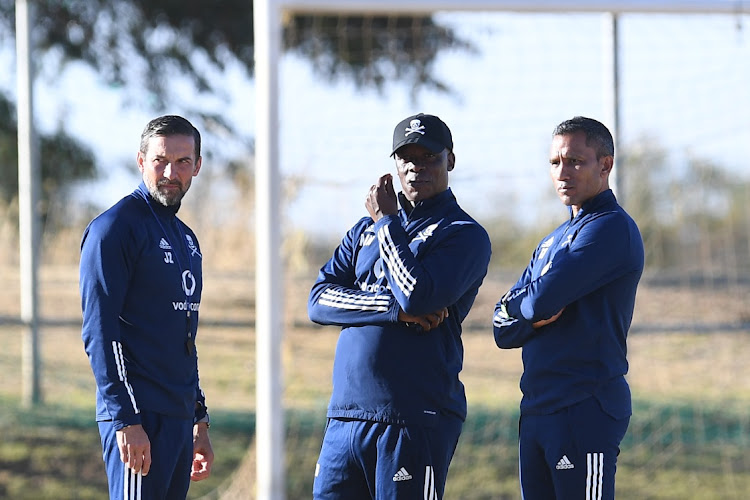 Orlando Pirates coach Josef Zinnbauer has insinuated he played a role in the recruitment of new assistant coach Mandla Ncikazi.

On the back of inspiring Golden Arrows to a historic fourth-place finish as head coach last season, Ncikazi earned himself an unexpected switch to Pirates in mid-June, where he's now Zinnbauer’s deputy alongside Fadlu Davids.

While many had guessed Zinnbauer would be sacked before the start of the new term, after Pirates blew hot and cold last season, the German sounded determined to guide the Sea Robbers for the foreseeable future as he revealed that he recommended that the club find him a second assistant.

“With coach Mandla, we got a coach who has experience as a second coach and as a head coach... he knows both roles,’’ Zinnbauer told the media at Pirates’ pre-season camp at Royal Marang Hotel in Rustenburg, North West, yesterday.

“My first request to the club was to say, ‘give me a second assistant coach’. That was in my first season and now we have that with coach Mandla. Now we have more eyes on the field and we can manage our training sessions easier than before.”

The Bucs coach continued to speak about the importance of having a strong technical panel: “Even during the games, it’ll be easier to manage since we have more staff members. We have quality staff and that’s very important in the field of football.”

Midfielder Ben Motshwari also weighed in on Ncikazi’s arrival at the Sea Robbers. The lad from Randfontein, on the West Rand, views Ncikazi as a father figure, feeling he will boost their morale. Pirates will gauge their state of readiness for the new season when they face rivals Kaizer Chiefs in the Carling Black Label Cup at Orlando Stadium on Sunday (5pm).

“Coach Mandla is a great coach; we played against him last season [when he was still at Arrows]. He brings that father figure to us as players...he has a great personality. He’s a very encouraging coach,’’ Motshwari said.

“Having a great technical team gives us that push and confidence. He’s gelling well here because he knows everyone. He’s just here to give us that thing we didn’t have... that confidence.”

Kaizer Chiefs have announced contract extensions for five senior players ahead of the 2020-21 season.
Sport
1 year ago

After their pre-season tour to Limpopo and Gauteng, Cape Town City coach Eric Tinkler hopes his team will hit the ground running in the 2021/22 DStv ...
Sport
1 year ago

Kaizer Chiefs have confirmed the names of the players they will be releasing ahead of the 2021-22 season.
Sport
1 year ago
Next Article