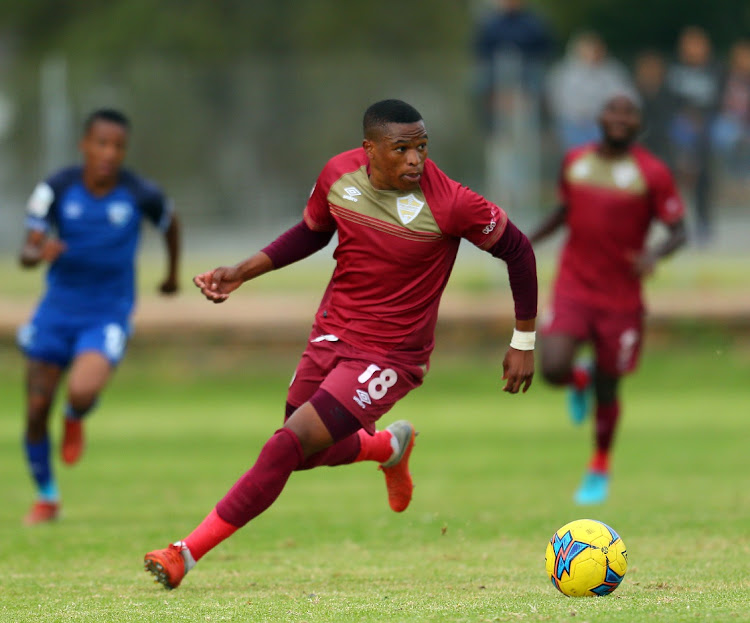 Leletu Skelem of Stellenbosch FC will no longer be joining Kaizer Chiefs after his recruiter Gavin Hunt was sacked by the club two months ago.
Image: Carl Fourie/Gallo Images

Chiefs sacked Hunt towards the end of last term. It’s common knowledge that the four-time championship-winning mentor had recommended that the club sign Skelem and Du Preez.

Sowetan has since established that Amakhosi won’t be bringing Skelem and Du Preez on board. As much as Hunt is believed to be a big fan of the duo, it seems impossible that he’ll be able to lure them to his new team Chippa United, who’re relatively under-resourced.

“The boys [Skelem and Du Preez] are staying. Apparently it was Hunt who wanted to sign them but since he left Chiefs, their potential move has collapsed,’’ said a source at the Cape Winelands club.

The informant also disclosed that the failed moves to Naturena haven’t broken the 23-year-old Skelem and Du Preez, who is a year older. The former scored once from 27 games in all competitions last season, while the latter netted three from 26 matches.

“It looks like both players are not feeling hard done by the botched moves to Chiefs because they’re looking happy in the pre-season camp. They’re still young, perhaps in future they will move to bigger clubs, hence they understand it’s not the end of the world.’’

Skelem and Du Preez are not the only players who were heading to Chiefs before Hunt left. Swallows striker Ruzaigh Gamildien had also agreed a deal in principle to go to Naturena before the Amakhosi management pulled the plug on the deal as a result of Hunt’s departure.

Even so, there are a number of “Hunt” players Chiefs have since signed to work with returning coach Stuart Baxter. Those players are Sifiso Hlanti, Brandon Peterson, Phathutshedzo Nange and Kgaogelo Sekgotla.

The quartet worked with Hunt at the now-defunct Bidvest Wits.

Covid knocks out Cup spot for another season

By the look of things, there won’t be any replacement for the Telkom Knockout in the upcoming new season.
Sport
1 month ago

Cape Town City chairman John Comitis has denied that Thabo Nodada and Taariq Fielies will be the next two signing announcements made by Kaizer Chiefs.
Sport
1 month ago

Cape Town City have aimed to bring necessary youth to an ageing squad with their signings‚ coach Eric Tinkler has said.
Sport
1 month ago
Next Article