Hollywoodbets league to pay R2,000 for players of the match 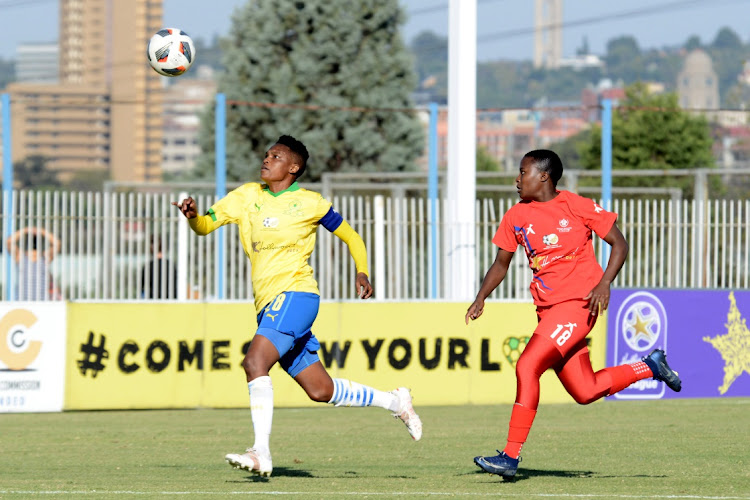 Hollywoodbets has signed a one-year sponsorship deal with the SA Football Association to sponsor women's football in the country.
Image: Lefty Shivambu

Tshwane University of Technology and Mamelodi Sundowns captains Salome Kekana and Zanele Nhlapo are hoping for a new exciting era for local women's football after their league acquired a lucrative sponsorship from Hollywoodbets.

On Tuesday, the sports betting giants signed a one-year sponsorship deal with the SA Football Association to sponsor women's football in the country. The 14 kits of the teams in the senior women's league will show the sponsors' branding for the first time this weekend.

The player of the match in every game will receive a cheque for R2,000, while the grand prize for the championship is R2m. Runners-up will pocket R1m.

Nhlapo said the new sponsorship would breathe life into women's football and boost the level of competition. Sundowns' fifth league game of the season is against the Thunderbirds at the Groenkloof Stadium in Tshwane on Saturday at 3pm.

The defending champions go into the game with a 100% record after winning all their four matches to date.

“We work together as a team and play as a unit. Women's football is growing and we are excited by the news of the sponsor. It will make things exciting," Nhlapho said.

TUT finished in second place last year, but they find themselves seventh on the log table with seven points from two games.

But skipper Kekana wants them to recover from their slow start and pick up the maximum points starting with their game against JWV in a televised match on SABC 1 at the Randburg grounds on Saturday at 3pm. TUT suffered a 4-1 hiding against their Tshwane rivals Sundowns at the TUT Stadium last week. They have managed to win just two games this season, drawing one and losing one match

“We will fix our mistakes in training. We cannot afford to lose another game. Scoring is our main problem, but we will fix it. We are grateful to the new sponsors and look forward to winning games," Kekana added.

South African Football Association (Safa) president Danny Jordaan says he wants the Hollywoodbets Super League to grow commercially‚ and for it to ...
Sport
8 months ago

Mamelodi Sundowns Ladies maintained their 100% record in the Hollywoodbets Super League with an emphatic 4-1 victory over rivals Tshwane University ...
Sport
8 months ago
Next Article