Zinnbauer on whether Lorch will be available to Pirates in the coming games: 'I hope‚ I don’t know' 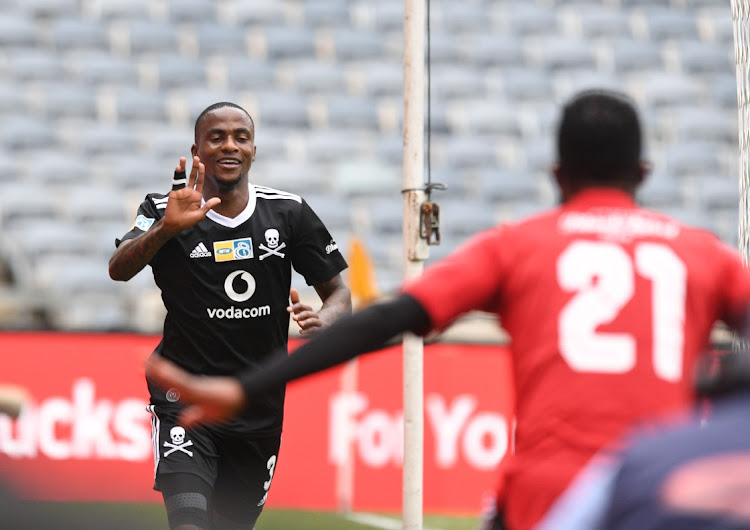 Orlando Pirates coach Josef Zinnbauer has said he is not sure whether talisman Thembinkosi Lorch will be available for their next match at home against Black Leopards or not.

Pirates host bottom club Leopards at Orlando Stadium on Thursday [5pm] looking to bounce back from their dispiriting 3-0 home defeat against leaders and champions Mamelodi Sundonwns on Sunday‚ but could do so without the services of the influential Lorch.

Zinnbauer said after the Sundowns defeat on Sunday that it will be touch and go for Lorch to feature against Leopards as he only expected the 27-year-old attacking midfielder to join his teammates at training the following day.

“I think Lorch can start [on Monday] or after [on Tuesday] maybe with a training session with the team‚ I hope‚ I don’t know‚” said the German coach.

“Hopefully he is available for us in the next game or next games.

"I hope Happy Jele is also ready‚ but he can’t make the long ball and that is the problem. He feels the pain but he is also my club captain‚ and we need the experience that he has.”

“Dzvukamanja has now seen a second doctor‚ a specialist‚ he went there [and] he always has pain in the ankle.

“Remember he got a kick against Benghazi in the other leg and now we have to wait. He is an experienced player for us and we need him.”

“Ofori is not completely out of the season I think with luck he will be available in the next maybe two weeks he will come back to training to see his condition.

“Mpontshane is closer maybe in the next game or week he will be available.”

With six matches remaining Pirates are in fifth place on 39 points and trail leaders Sundowns by 11 points and are in danger of missing out on qualifying for Caf competitions next season.

They are in the knockout stages of the Caf Confederation Cup and will host Moroccan giants Raja Casablanca in the first leg of the quarterfinal in Orlando on Sunday May 16.

While Pirates will be looking for a win at home while restricting the Moroccans from scoring‚ Zinnbauer said Raja will be afforded the respect they deserve.

“We have in the moment [been] unlucky with draws‚” said the German coach after the 2015 losing finalists were drawn against Raja.

“Remember in the Nedbank we got Sundowns. But we can’t wish for us what we want.

“The next step for me is we will play one of the best teams in Africa.

“Raja was in the Super Cup final last year and is a big club and the year before they won the Caf.

“They are big team with big supporters at home‚ like Pirates.”

But before the clash against Raja‚ relegation-threatened Leopards and Stellenbosch‚ who they face in the league before the Caf Confederation Cup quarterfinal‚ stand in their way as they aim for a top three finish.