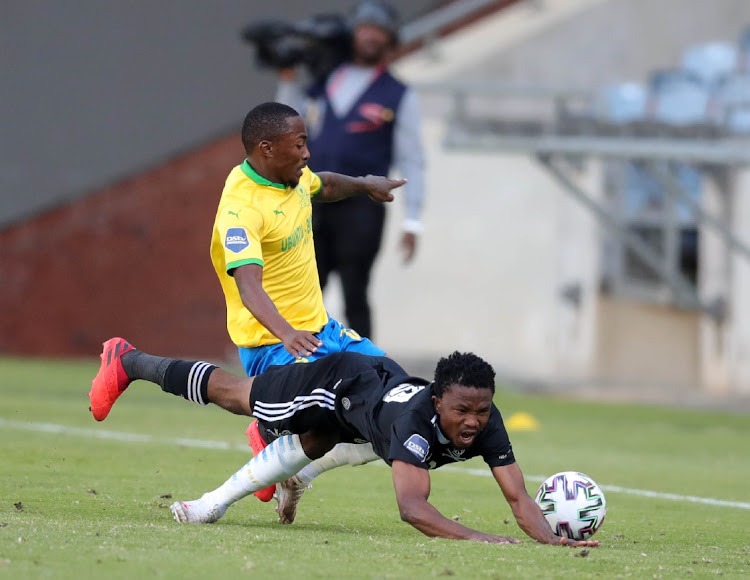 Mamelodi Sundowns reclaimed top spot in the DStv Premiership after their 3-0 hammering of Orlando Pirates at Orlando Stadium yesterday.

The Brazilians headed into the match in second place behind AmaZulu, who defeated Golden Arrows on Saturday.

But goals in the second half from Ricardo Nascimento, Peter Shalulile and Lyle Lakay moved the champions back to the top of the table.

The result yesterday has put more pressure on Pirates coach Josef Zinnbauer, whose tactics were questionable as Bucs surrendered their longstanding unbeaten run at Orlando.

Zinnbauer again started the match without a natural striker, with both Tshegofatso Mabasa and Gabadhino Mhango on the bench, only to introduce them late in the second half.

Pirates’ approach was to sit back and allow Sundowns to have the ball in front of them while they waited for an opportunity to counterattack.

As soon as the Buccaneers won the ball in their half they either played long balls hoping to find Deon Hotto, who was isolated, or they passed it backwards, and this made it easy for Sundowns to regroup quickly.

The Buccaneers did show improvement late in the first half but it was a half Sundowns dominated.

Sundowns finally broke the deadlock just before the hour mark from a spot-kick converted by Nascimento after Innocent Maela was adjudged to have handled the ball in the box.

With Pirates now chasing the game, they needed to change the game plan and started to attack more.

They created chances but were not clinical enough in front of goal.

Sundowns were in the driver’s seat as they continued to control the match and search for the second goal. Shalulile doubled the score after capitalising on an error from Thulani Hlatswayo, who was dispossessed of the ball while trying to play out from the back.

Lakay made it 3-0 from a free-kick and put the game beyond Pirates.

Pirates never looked like scoring as Sundowns continued to dominate the match, and it could have been worse for Bucs had they been more clinical.

Pirates  are now without a win in four matches and will next host bottom club Black Leopards on Wednesday, while Sundowns take on Maritzburg United.

Luvuyo Memela scored on the stroke of half time to take AmaZulu two points clear at the top of the DStv Premiership table as they defeated neighbours ...
Sport
2 weeks ago

Loquacious Mamelodi Sundowns co-coach Rulani Mokwena has sounded bemused by the notion that his former side, Orlando Pirates, are out of the title ...
Sport
2 weeks ago

Mamelodi Sundowns are in a position of having banked points for most of the season‚ so if things get tough at the death end they will have an ...
Sport
2 weeks ago
Next Article