Safa flip-flops over post while pundits argue over McCarthy's experience 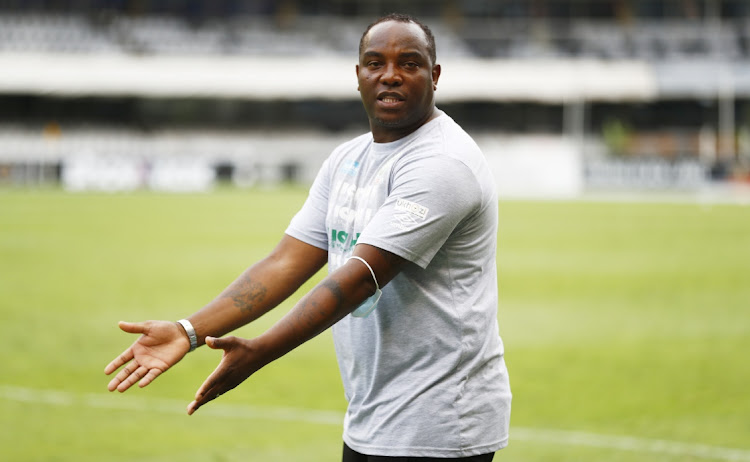 Confusion over the appointment of the new Bafana Bafana coach continued to reign yesterday when the SA Football Association moved to dismiss speculation it has hired Benni McCarthy for the hot seat.

Having earlier stated categorically that a replacement for Molefi Ntseki would be named this week, Safa said yesterday that the matter would still have to be ratified by its national executive committee, after the speculation over McCarthy, AmaZulu head coach, went into overdrive.

“We have noted various publications over the last week have reported the appointment of the new Bafana coach having been concluded,” Safa said. “We note that [the mention of] Benni McCarthy’s name comes at a time when AmaZulu are top of the log standings and it might appear that Safa wants to derail the club’s good run. We are happy with AmaZulu’s current good run but Safa will announce the new incoming coach once the issue is dealt with by the NEC.”

The statement was in contrast to 48 hours earlier, when Safa said that agreement had been reached and all that was left was an announcement to be made this week.

But it would appear Safa – while it didn’t name McCarthy – may have jumped the gun in announcing an agreement was already in place, with McCarthy’s club boss Sandile Zungu stating they were yet to hear from the association.

With McCarthy still contracted to the club, AmaZulu would be entitled to claim compensation if indeed Safa has poached their coach.

McCarthy, 43, is only coaching his second team in the Premier Soccer League after his stint at Cape Town City between 2017 and 2019, and his imminent elevation to the national post might trigger mixed feelings.

“There's nothing we can do if the leaders [at Safa] think he is the right person. The new coach must not be appointed based on the pressure Safa is put under. It mustn't be a decision made because certain people influenced it. When a coach wins three, four games we perceive him to be Bafana material,” Mashaba warned.

“Coaching the national team is a big challenge. You can succeed at club level but coaching a national team is another thing. Benni has done well so far. Cape Town City rushed to chase him away and now he's doing well with AmaZulu, but it won't be as easy for him at Bafana. I warn him, he must not think coaching Bafana will be easy.”

But McCarthy, who is Bafana’s all-time top scorer, received a nod of approval from his former national strike partner Sibusiso Zuma.

“If there's a South African who knows everything about football, it is Benni. I have no doubt that he'll do well at Bafana. Hiring Benni is the start of great things. To give one of our own a chance to coach Bafana is a big deal,” Zuma, the former FC Copenhagen striker, said.

Benni McCarthy has agreed in principle to be the next Bafana Bafana coach‚ TimesLIVE is informed‚ however there could still be stumbling blocks to a ...
Sport
1 year ago

The SA Football Association (Safa) says it has “finalised” its deal with the new Bafana Bafana coach.
Sport
1 year ago

AmaZulu boss Sandile Zungu has issued a strong statement to the South African Football Association (Safa) and said his mentor Benni McCarthy is not ...
Sport
1 year ago
Next Article