Thriller in the offing as Sporting host Richards Bay 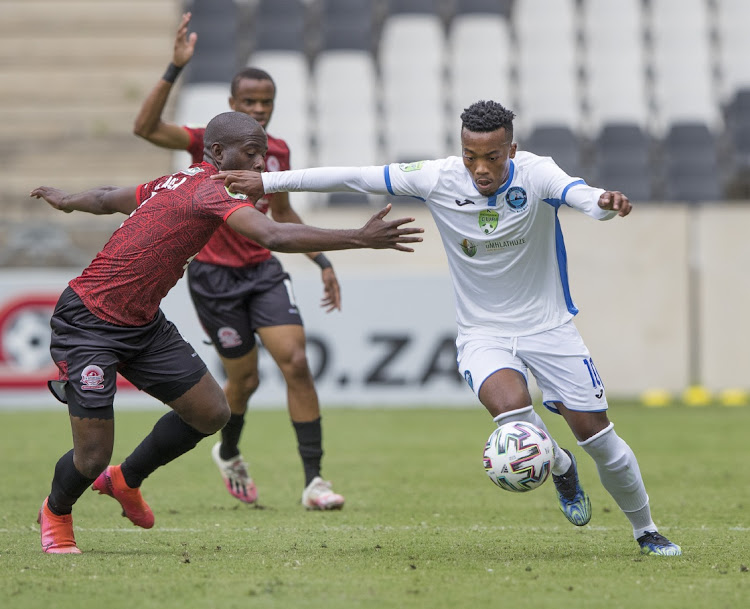 The match between log  leaders Richards Bay and third-placed TS Sporting at Kabokweni Stadium, Mbombela, tomorrow is undoubtedly the drawcard of the GladAfrica Championship midweek action.

Going into this game both team ooze confidence, having managed vital wins at the weekend. Bay substantiated their automatic promotion credentials by overcoming a stubborn AmaTuks 3-2 at home on Sunday, while Sporting earned a crucial 4-3 win at Free State Stars a day earlier to keep in touch with the leaders.

The meeting between these two sides in the first round may have ended goalless but the form both teams have been showing of late suggests tomorrow’s clash will be a thriller. Natal Rich Boys have scored an impressive nine goals in their past five games, one more than Abantu Bemthetho in the same number of previous games. Sporting have scored more goals (36) than any other team in the division, while Bay are second with one goal less. All these stats suggest the affair will be a goal fest.

That Bay dumped Sporting out of the Nedbank Cup by coming from behind to claim a 2-1 win in the round of 16 in February is extra spice to the game. The only Mpumalanga-based second tier side will surely go all out for revenge against the KwaZulu-Natal side that leads the pack with 45 points, five ahead of them.

For inspiration Sporting will rely on their talented goalkeeper Leathan Croats, who has to date kept seven clean sheets, one fewer than Royal AM’s Patrick Nyame, who has the most clean sheets in the GladAfrica.

Conversely, Bay will be hoping fledging striker Khanyisa Mayo, their leading scorer with six goals, continues to inspire the side. Bay will be without Mayo’s twin striker, Somila Ntsundwana. The former AmaZulu striker is suspended for the tie after picking up four yellow cards.

Ambitious GladAfrica Championship side Sekhukhune United have roped in veteran administrator Peter Koutroulis as their football manager.
Sport
7 months ago