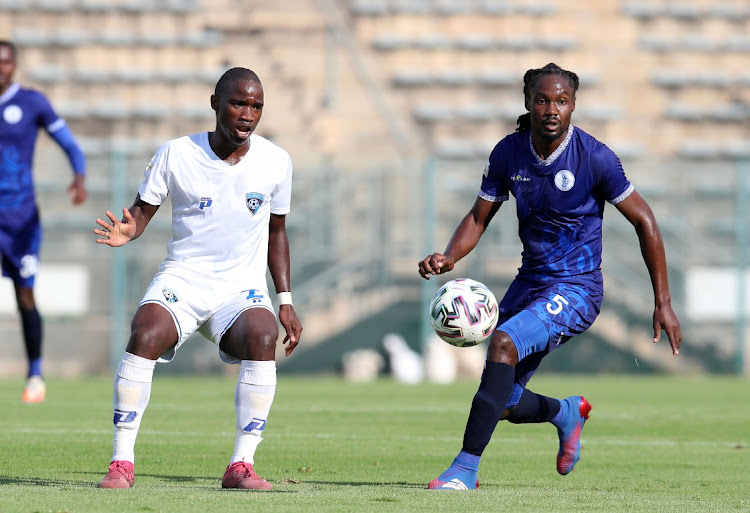 History beckons for Pretoria Callies and Chippa United, as they are just a match away from reaching their first cup final.

However, it's only of the two who will proceed to the Nedbank Cup final as they meet in a semifinal at Lucas Moripe Stadium tomorrow (3pm).

Callies, the legendary football club which disappeared from the scene decades ago, are making a steady return to big time football and are currently in  the GladAfrica Championship, SA's second-tier league.

Reaching Nedbank Cup semifinals is a historical moment for the Atteridgeville-based club in their first in  GladAfrica. They are currently 11th on the log with 27 points after 22 games, and 11 points behind pacesetters Richards Bay.

Should they advance to the cup final, Callies stand a good to emulate TS Galaxy who won this competition in 2019 when they were still in the second-tier.

Their opponents Chippa are having it tough in the DStv Premiership, with just three wins after 22 matches and lying second from the bottom with 17 points.

Despite their fight in the relegation zone, coach Siyabulela Gwambi insists their focus on the Nedbank Cup is as serious as seeking reprieve from the axe in the Premiership.

“The balance is always there; giving our best in the Nedbank Cup won’t overrule our keenness to survive relegation,” Gwambi said.

“There is danger in us for saying let’s save players for the league at the expense of the Nedbank Cup. That’s a problem. The approach should be let the players who are going to play the Nedbank Cup play their best football as that will also prepare them for the Baroka game on Tuesday and other matches beyond.

“So we talk about match fitness. We got a nice balance and players who are capable whenever they are called. We might be in a bad position but we are about to turn things around starting from Saturday going forward.”

Callies coach Joel Masutha believes they have enough quality to surprise many by going all the way to the final and probably win it.

“If I can get a team that would support me, give me proper support, there is no reason I can’t succeed,” Masutha said.

“With the support I’m getting here at Callies, I believe if it continues [that way] there is no way that this team can fail.”

Chippa United caretaker Siyabulela Gwambi: ‘There’s not that much pressure’

Chippa United’s caretaker-coach Siyabulela Gwambi says being the Eastern Cape team’s first “homeboy” to take charge of them from Gqebera does not add ...
Sport
1 year ago

New Chippa United coach Siyabulela Gwambi has urged his side to build on their performance during their 1-2 defeat to Mamelodi Sundowns in the DStv ...
Sport
1 year ago
Next Article