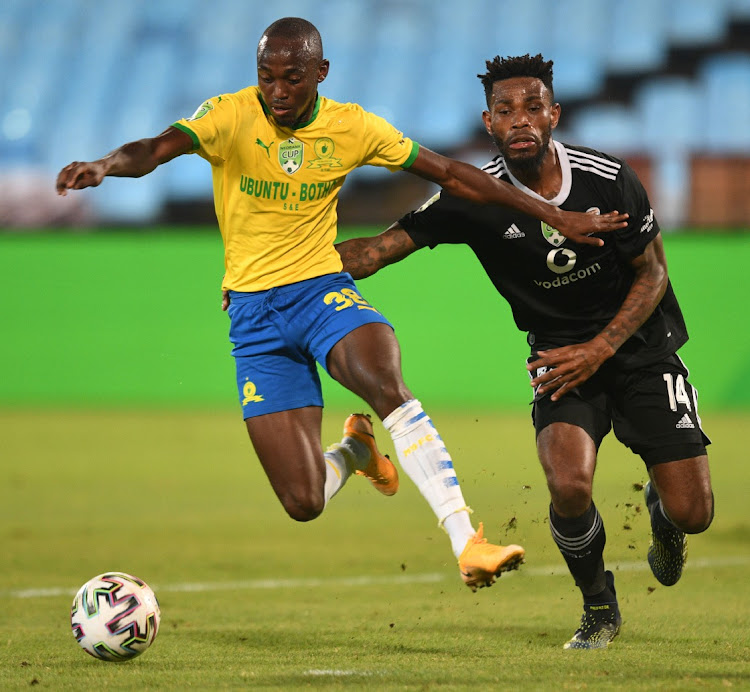 Magnificent is a befitting word to sum-up Mamelodi Sundowns’ performance that aided them to eliminate a somewhat workmanlike Orlando Pirates side from the Nedbank Cup quarterfinals at Loftus Versfeld last night.

The match was nail-biting, thanks to Downs' total supremacy. The Brazilians’ slick passing game, where  Zwane and Gaston Sirino were in the thing of things, forced Pirates into panic mood.

Sundowns’ control of the game was also enhanced by the presence of the ever intrepid Rivaldo Coetzee. Coetzee won every midfield duel against both Thabang Monare and Ben Motshwari. The 24-year-old Coetzee didn’t only execute his defensive duties brilliantly, he also played a crucial role whenever the hosts were attacking.

It took just 12 minutes for Downs to be in front. There’s no prize for guessing who scored the opening goal of the night. Scoring his 15th goals of the season in all competitions, Shalulile beat Wayne Sandilands with a low-driven effort from just outside the box, having been teed-up by Coetzee with his trademark long ball.

The Buccaneers woke up towards the end of the initial half. Gabadinho Mhango used his speed to unsettled the, at time, sluggish Downs rearguard. Mabasa would restore parity in the 33rd minute, tapping in powerfully after being set-up by Mhango. Mhango nearly put Bucs ahead a few minutes later but his effort hit the upright.

Sundowns didn’t take their foot off the pedal even in the second half, that was more fascinating. Just to four minutes into the stanza, the home side were leading again, courtesy of Zwane, who slotted home from a tight angle after a brilliant combination play with Shalulile.

There were no surprise inclusions in the Sundowns XI apart from Aubrey Modiba slotting at left-back position, a lot that’s usually occupied by Lyle Lakay, who was suspended. Modiba put in a Man of the Match performance in Downs’ previous game, a 2-1 league win away to Chippa United on Monday, hence his presence was expected.

On the other hand, Pirates persisted with twin strikers in Mabasa and Mhango. The pair rarely started together in the previous game, a 3-0 win over Ahli Benghazi last Sunday in the CAF Confederation Cup.

Another extra spice to this evening’s Nedbank Cup quarterfinal showdown between Mamelodi Sundowns and Orlando Pirates at Loftus Versfeld is that both ...
Sport
1 month ago

Mamelodi Sundowns coach Rulani Mokwena has stepped up the mind games ahead of his side's Nedbank Cup quarterfinal clash against Orlando Pirates at ...
Sport
1 month ago

Mamelodi Sundowns may be a winning machine‚ but Orlando Pirates coach Josef Zinnbauer says his team are increasingly clicking into clockwork-like ...
Sport
1 month ago
Next Article