Zongo is not a bad apple - Bizana owner 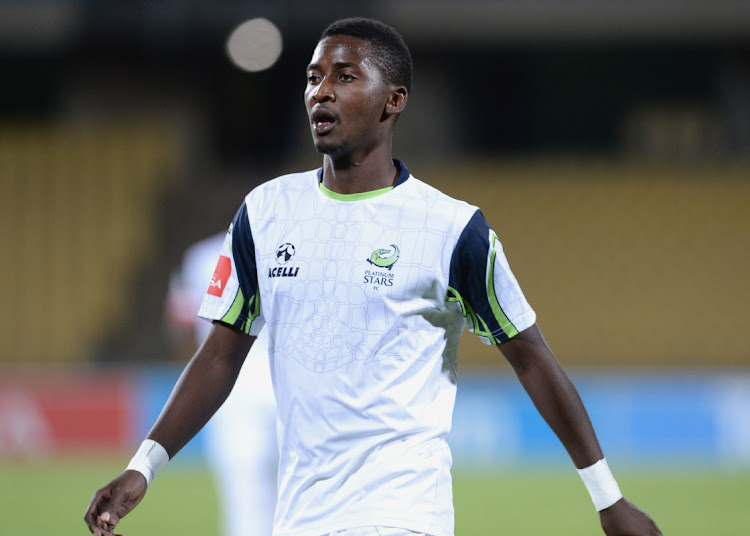 Bizana Pondo Chiefs chair Nkosinathi Mqokiyana isn’t convinced his new signing Masibusane Zongo is wayward, feeling his well-documented insubordination at previous clubs was caused by a clash of personalities between him and the people who handled him.

Earlier this week, the 30-year-old Zongo was confirmed as Pondo Chiefs’ player until the end of the season. The Mthatha-born ace’s football career has always been dogged by off-field delinquencies.

“Sometimes it’s just an opinion [that Zongo is wayward]. Maybe at his previous clubs his personality clashed with people there. I don’t believe he's necessarily a bad person or he’s behaving badly ... it was just a clash of personalities,’’ Mqokiyana told Sowetan yesterday.

Zongo had been club-less, having left Tshakhuma Tsha Madzivhandila in July last year. At some point during his stay in Venda, the club reported that he’d gone Awol after being given a weekend off. Mqokiyana insisted Zongo was worthy of another chance to showcase his talent.

“Everybody deserves to be given a chance without being judged by his previous mistakes. The boy is only 30 years old, so he still has maybe 10 years to play football,’’ said the Pondo Chiefs owner.

Mqokiyana also made it clear he’s willing to tie Zongo down on a long-term deal, should he impress in the remaining games of their relegation dogfight in the National First Division. After 17 games, Pondo Chiefs are second from the bottom with 14 points, level with bottom club Cape Town Spurs, who have a lower goal difference with a game in hand.

“If he’s giving us what we want, why not [keep him beyond this season]? We know he can give us what we want if he wants to. I can still give him a five-year contract because he’s only 30 years old and you expect him to be at his peak at that age,’’ Mqokiyana revealed.

Mamelodi Sundowns co-coach Manqoba Mngqithi is unfazed by the absence of star players Peter Shalulile and Kermit Erasmus ahead of their DStv ...
Sport
1 month ago

With Kaizer Chiefs looking to end Orlando Pirates' recent dominance in the Soweto derby when the two teams meet at FNB Stadium on Sunday, Neville ...
Sport
1 month ago
Next Article