'My heart is now with Callies' 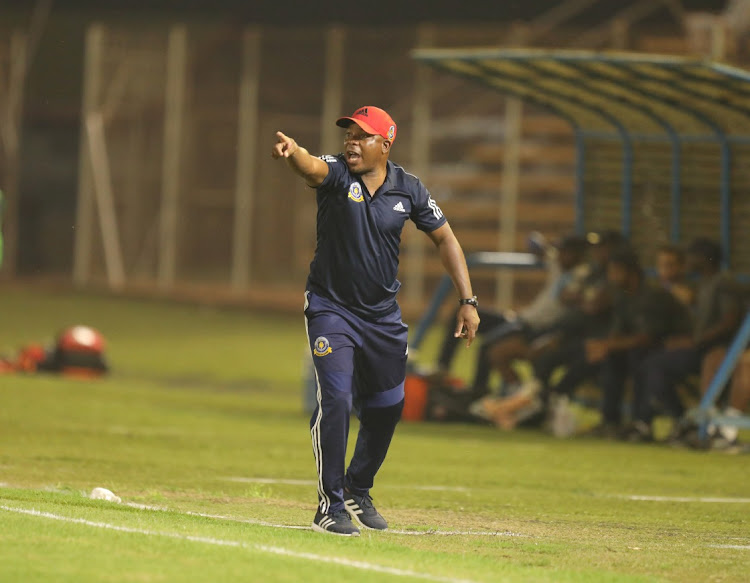 The Pretoria Callies coach confirmed yesterday in a virtual press conference that he was approached by Leopards to take over for the remaining matches of the DStv Premiership season.

It is understood that coach Kosta Papic is on his way out of the club as he has not been at training since their 1-0 defeat to Swallows in their last match.

Lidoda Duvha then approached Masutha to try help them survive relegation, but the coach had just committed to Callies, whom he joined at the beginning of the month.

“You must know and understand that Black Leopards have been my home for more than 16 years as a player and as a coach, so there is always going to be that strong bond between myself and the club. I always wished them luck and always want to see them doing well,” Masutha explained.

Masutha's immediate plan is to guide Callies to the Nedbank Cup final in their first season in the GladAfrica Championship.

They will host Chippa United in the semifinal at Lucas Moripe Stadium on Saturday (3pm).

“We are a new team, new kids on the block, and we would like to make history in our first season in the GladAfrica Championship,” he said.

“So we are going out there to give our all and play for a win. Hopefully the results will be on our side.

“It will be a big thing for a team that is having its first season in the league. It will mean a lot to me personally, to the technical team and the whole club.

“We all want to be there in the final. There is a possibility that we can meet one of the clubs playing in CAF competitions. Just to qualify, it will mean that we are also going to Africa and that gives us extra motivation to work harder and try to win the match.”

“The intentions are clear, that we want to get into the final, and we have the opportunity to do that for the first time in the history of this club,” Gwambi said.

“Looking at how the boys are responding, it energises us as a technical team to see that they are focused. And remember, we only started with them last week but what we see is pleasing.”

After ending their nine-match winless run with a 1-0 victory over Black Leopards, a relieved Swallows coach Brendon Truter has urged his players to ...
Sport
1 year ago

Despite the fact that they’re not far off leaders Sekhukhune United on the log, Pretoria Callies coach Joel Masutha isn’t tempted to think they can ...
Sport
1 year ago

Zulu vows to lead second-tier Sekhukhune to the promised land

Gifted left-back Pentjie Zulu is confident his experience will aid Sekhukhune’s bid to gain promotion.
Sport
1 year ago
Next Article