Chippa United caretaker Siyabulela Gwambi: ‘There’s not that much pressure’ 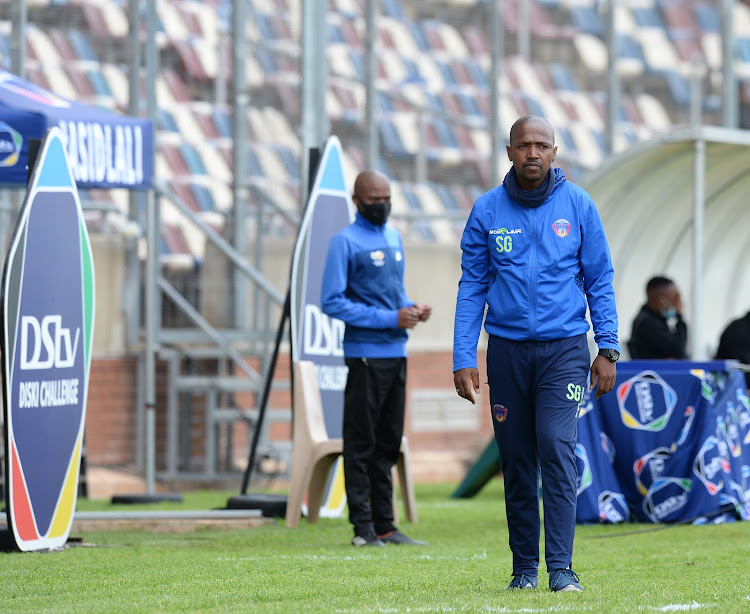 Siyabulela Gwambi is confident he can save Chippa United's Premiership status.
Image: BackpagePix

Chippa United’s caretaker-coach Siyabulela Gwambi says being the Eastern Cape team’s first “homeboy” to take charge of them from Gqebera does not add to the pressure he will experience.

Gwambi‚ the 31-year-old youth and reserve team coach who was promoted to assistant-coach when Dan Malesela arrived back as head coach of Chippa in late December‚ has been tasked with stabilising the relegation-battling Chilli Boys.

Gwambi‚ from Gqebera’s famous township of Zwide‚ is thought of as a young coach with potential in Eastern Cape and also SA Football Association circles.

He replaced Malesela‚ fired from his fourth stint at the notoriously trigger-happy United earlier this month‚ and started with a creditable 2-1 league defeat away to Mamelodi Sundowns on Tuesday.

“I know that it’s the first time this club has ever had a coach from Port Elizabeth‚ or Gqebera if you may call it‚” he told a virtual press conference ahead of the clash against Callies.

“Ja‚ there is pressure‚ but I don’t want to say there’s added pressure because I’ve been with the club since 2015‚ and we’ve been through a lot.

“I know the expectations will always be there‚ but there’s not that much pressure. I know the hype that‚ ‘Finally we’ve got someone who’s local in charge of the team’.

“So it just motivates and inspires me to do well all the time.”

Chippa are a club capable of bringing coaching and administrative upheaval‚ and consequent media furore‚ upon themselves.

They attempted to hire Luc Eymael‚ despite the Belgian being tainted by allegations of racist comments at a previous club in Tanzania‚ for a second time in 2020-21 last week‚ this time as technical director.

A public and political backlash forced owner Siviwe “Chippa” Mpengesi to backtrack on the decision.

Gwambi was asked how the uncertainty surrounding the club’s coaching positions has affected the players.

“That’s an easy transition because the technical team is not a new team – it’s the guys who have been working with the previous coach‚” he said.

“They know what we can do as a technical team. There’s synergy between us and them because we’ve worked with them since December 27.”

Callies‚ coached by 1980s Arcadia Shepherds and Mamelodi Sundowns midfield star Sammy Troughton‚ are in 11th place in the GladAfrica.