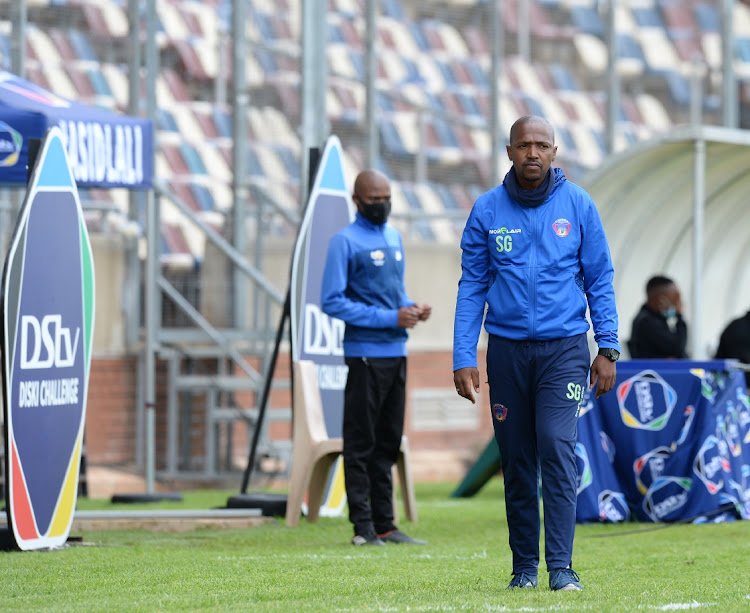 New Chippa United coach Siyabulela Gwambi has urged his side to build on their performance during their 1-2 defeat to Mamelodi Sundowns in the DStv Premiership at Sisa Dukashe Stadium on Monday.

Gwambi, who was in charge of the team for the first time since he replaced Dan Malesela, was impressed with his side's performance against Sundowns.

Despite the defeat, the coach said there are many positives to take from the game, which will help them in their remaining matches.

“This is the performance I think we can build on. It was impressive, you could see the boys are disappointed [after the loss], but they must not be discouraged. There is still a long way to go,” Gwambi told the club's media department.

“We can build from here. The reason I’m saying that is, you could see the built up to the game, the mood in the camp was very good.

“I don’t want to say that this game came at the wrong time. We will try our best in the next games to build from this performance.”

The Chilli Boys remained second from the bottom of the log standings with 17 points from 15 matches in 22 matches following that defeat.

They now shift their focus to the Nedbank Cup semifinal against Pretoria Callies at Lucas Moripe Stadium on Saturday (3pm), and Gwambi said they would plan for that match.

“We have a Nedbank Cup semifinal match against Pretoria Callies, who are a team we are not going to underestimate. They are at the luxury of watching our games on TV whereas theirs are not [televised],” he said.

“So we will try and plan according to our strength. It will be difficult to plan to their strength. Cup football is different because you need results. We are in the semifinal and one foot away from the final. We can create history by qualifying for the final [for the first time].”

Mamelodi Sundowns are not reading too much into what is happening at Chippa United ahead of their DStv Premiership meeting at Sisa Dukashe Stadium ...
Sport
1 year ago

Premiership leaders Mamelodi Sundowns returned to winning ways after they beat troubled Eastern Cape side Chippa United in a league match on Monday ...
Sport
1 year ago

Chippa United forward Anthony Laffor says he will treat the top versus bottom half DStv Premiership clash against his former club Mamelodi Sundowns ...
Sport
1 year ago
Next Article