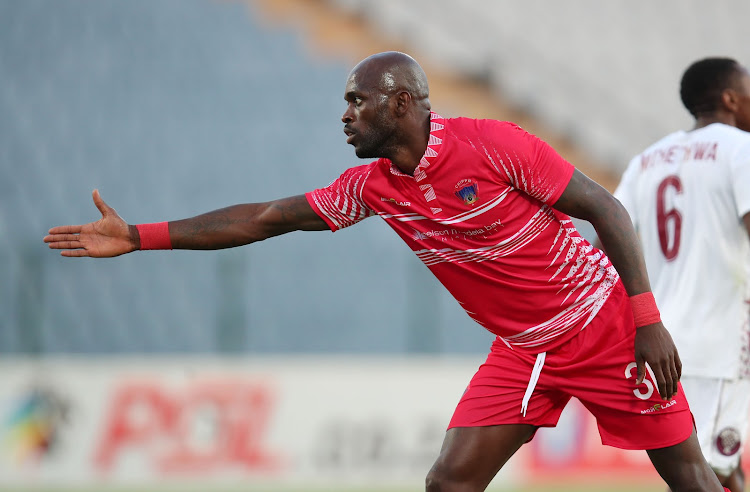 Chippa United forward Anthony Laffor says he will treat the top versus bottom half DStv Premiership clash against his former club Mamelodi Sundowns like any other match when the two teams face off in Mdantsane on Monday afternoon.

There may still be nine matches left in this campaign but Laffor and his teammates know that even a draw against the rampant leaders Sundowns will not be enough to move them away from the danger zone.

The 36-year-old Liberian‚ who spent a trophy-laden eight years at Sundowns before joining the Port Elizabeth-based Chippa early this year‚ played the last 14 minutes in a 0-2 defeat to the champions in the corresponding fixture in January.

“I am a professional. I have been in that situation before when I left SuperSport United to go play for Sundowns‚” said Laffor ahead of the 3pm kickoff on Monday.

With Chippa facing the dreaded relegation axe with nine matches remaining‚ Laffor is determined to get something out of the clash this time around.

“I am a Chippa United player right now and I will be representing them [on Monday] and give them a hundred percent.

“If I can score I will score‚ and If I can create‚ I will create. [Monday's] game is important for every one of us.”

Chippa‚ currently in 15th place on 17 points from 21 matches‚ have won just three games in 21 outings‚ losing 10 and drawing eight.

“The preparations have been going very well and the mood is high. The game tomorrow is very important and we know where we are on the log‚ and it is not where we are supposed to be as Chippa United.

“You can see on social media platforms that [Monday's] game is important and everybody wants us to win.”

Sundowns will be looking to bounce back from the 0-2 defeat to CR Belouizdad on Friday in the last group stages game of the Caf Champions League‚ which ended their 28-game unbeaten streak in all competitions‚ a run which stretches back to October.

The defeat was‚ however‚ meaningless for Sundowns as the 2016 African champions had already qualified for the quarterfinals of the premier continental club competition top of their group.

Laffor expects his former side to come out swinging on Monday.

“They have just lost a game and we know they are going to come hard at us.

“I have been speaking to the coaches and I spoke to some of the players. We are going to do something to surprise the people of South Africa.”

Sundowns co-coach Rulani Mokoena said the team management expects a response from the team after their 28-match unbeaten run was brought to a screeching halt.

“When you have lost a match you are driven to dig even deeper and make sure you leave no stone unturned‚ and that’s where we are with regards to Chippa‚” said Mokoena.

“We have a short turnover period and a lot of work to be done.”