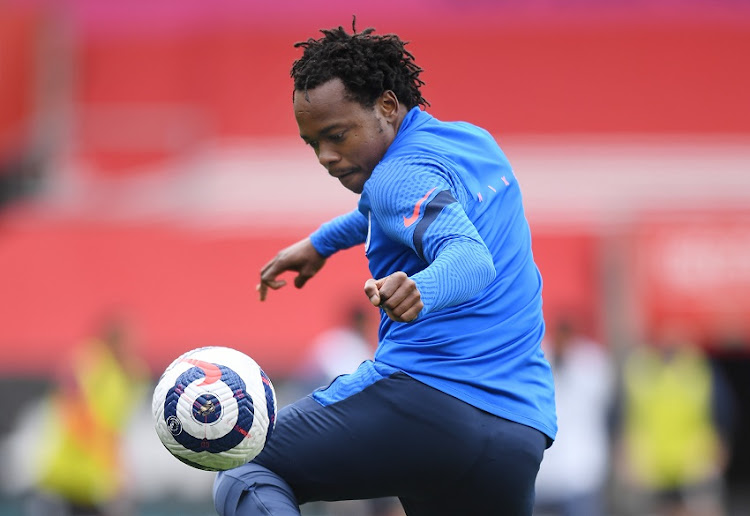 Bafana Bafana and Brighton &amp; Hove Albion star Percy Tau has said whet might be perceived as at times over-the-top support from South Africans on Twitter is only motivated by “love and support”.

In an online “Q and A” session with supporters on Twitter the attacker said he has not discussed SA fans’ passionate and zealous responses on Brighton’s official social media platforms with the club‚ as he did not believe such support would have a “negative impact”.

Tau committed to staying and fighting for his place at Brighton despite a lack of game time.

Asked if he had ever discussed South African’s reactions to Tau being largely benched since his recall from loan at Anderlecht in Belgium in January with the club’s social media administrators‚ the ex-Mamelodi Sundowns star said: “No we haven’t.”

He added: “It wouldn’t at any way be negative impact‚ because it’s all love and support. One can’t be at fault for showing love.”

Asked if he would consider looking for another club‚ or a different league to play in than the EPL come the end of the 2020-21 season‚ Tau said: “No‚ at the moment the focus is to fight for a place within the team.”

Asked about having to be patient as he waits for chances to play‚ he responded: “It’s a difficult thing to do but that’s what I have to do and be patient‚ hope things change.”

The former Mamelodi Sundowns star was asked how he felt following Bafana’s failure to qualify 2021 Africa Cup of Nations with their 2-0 defeat away so Sudan last month.

“Very disappointed. It doesn’t reflect the good work we’ve been working on and it disturbs the progress‚” he said‚ adding: “It would’ve been great to qualify for Afcon twice in a row.”

Asked how he was handling the death of ex-Sundowns teammate Motjeka Madisha in a car accident‚ Tau said: “ It is hard and it was very hard to be at Bafana Bafana without him‚ and I miss him dearly.”

Tau has often encountered obstacles in his career‚ fighting through them and coming out stronger. He was loaned to Witbank Spurs from Sundowns in his early 20s‚ and approached that situation with such positivity that on his recall he became a key part of the Brazilians’ 2016 Caf Champions League victory.

Joining Brighton‚ he was loaned to Belgian second-tier outfit Royal Union St Gilloise‚ where he won the entire league’s Player of the Season award. He started well in his next loan at Club Brugge in the Belgian top-flight‚ but lost form‚ still earning a winner’s medal.

Hi @Cairo_MK No, at the moment the focus is to fight for a place within the team. https://t.co/XyF52MV4XF

It’s a difficult thing to do but that’s what I have to do and be patient, hope things change. @PUMASouthAfrica @pumafootball https://t.co/yjAW0PubE1

Ntate Sam Sir, no we haven’t. It wouldn’t at any way be negative impact,because it’s all love and support. One can’t be at fault for showing love.@pumafootball @pumafootball https://t.co/zzsnNCJyma

It is hard and it was very hard to be at Bafana Bafana without him and I miss him dearly. @pumafootball @PUMASouthAfrica https://t.co/hIHudg4NpL