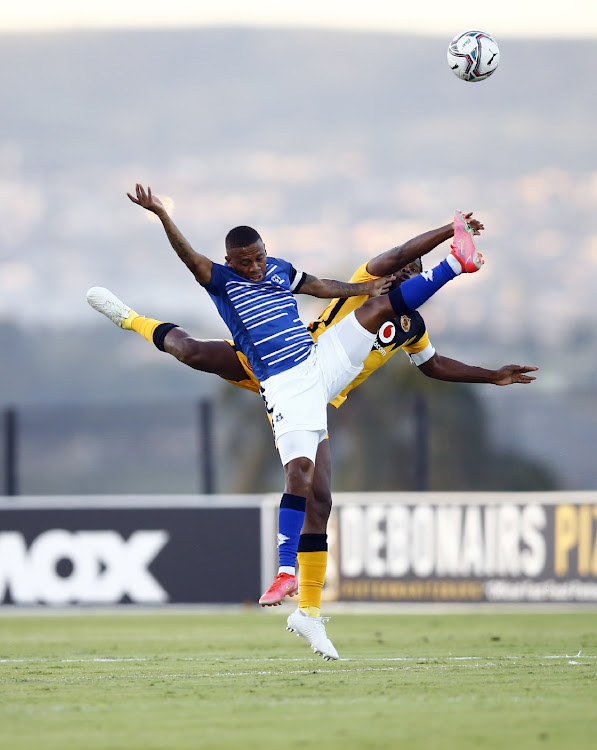 Maritzburg looked to have done enough for all three points following an early strike from Thabiso Kutumela, but Manyama had other ideas as he equalised late in the match to ensure a 1-1 scoreline.

Television replays suggested both goals should not have counted as they were off side and were missed by referee Phillip Tinyani and his assistant.

Ernst Middendorp’s charges were left to rue their missed chances as they could have wrapped up the match before the equaliser, but they learned the hard way that if you don’t convert your chances you pay dearly.

The draw means Chiefs are still without a league victory in six matches, since beating Tshakhuma Tsha Madzivhandila on January 19.

Middendorp made one change from their 1-1 draw against Celtic in their last match, with Nazeer Allie coming in for the suspended Clayton Daniels. Chiefs coach Gavin Hunt kept his faith in the same starting line-up that gave them their first three points in the CAF Champions League against Petro de Luanda of Angola at the weekend.

It was the home side who started the better of the two, with Chiefs struggling to find their rhythm. Ali Meza was giving Chiefs defenders all sorts of problems, making it difficult for them to build up from the back.

It was not long before Maritzburg broke the deadlock with the match just 15 minutes old.  Kutumela combined well with Meza from the right flank to give his side a lead with a tap in.

It was one-way traffic in the opening half, and Maritzburg could have doubled their lead a few minutes later, but Bongokuhle Hlongwane saw his free header miss the target.

Hunt made three changes in the second half, bringing in Samir Nurkovic, Siyabonga Ngezana, and Njabulo Blom for Willard Katsande, Lazarous Kambole, and Philani Zulu as he wanted to turn things around.

The changes immediately made an impact. Chiefs started on the offensive, putting Maritzburg under a lot of pressure. The Glamour Boys eventually equalised two minutes from time through Manyama's header.