Venue for clash with Wydad familiar to some players 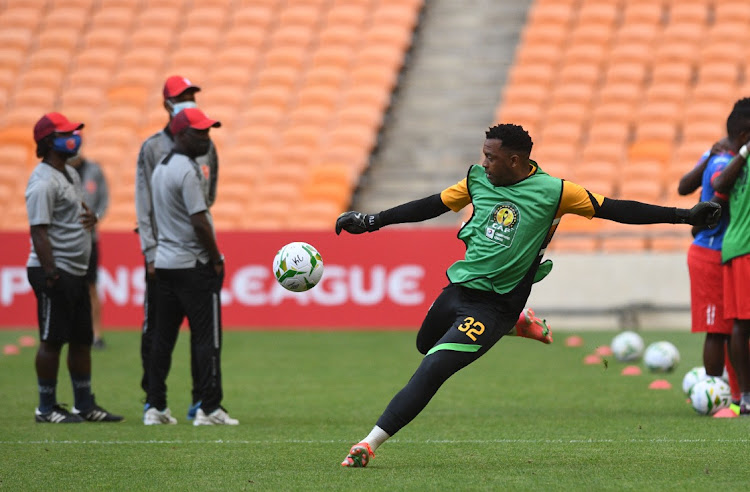 Itumeleng Khune of Kaizer Chiefs during the 2021 CAF Champions League match between Kaizer Chiefs and Horoya AC on the 23 February 2020 at FNB Stadium,
Image: Sydney Mahlangu/BackpagePix

Burkina Faso won't be entirely unfamiliar territory to the Kaizer Chiefs squad as some of their players have been there before.

Chiefs will meet Wydad Casablanca in their second match of the CAF Champions League group phase at the Stade du 4 Aout 1983 Stadium in Ouagadougou, Burkina Faso, on Sunday (6pm).

The likes of Itumeleng Khune, Ramahlwe Mphahlele, Mulomowandau Mathoho and Lebogang Manyama are aware of what it takes to play there. They were part of Bafana Bafana's squad that played Burkina Faso at the venue in October 2016. The 2018 Fifa World Cup qualifier ended 1-1.

Siyabonga Nomvethe, who once played there for Bafana, says Chiefs can expect tough conditions in Ouagadougou. “It is not a bad country but they have to be careful when they arrive there. You know around the continent, when you come from SA, the treatment is different,” Nomvethe told Sowetan yesterday.

“They need to be careful with everything, and once you are that side, they don’t care about you. Those people there can try to do everything to frustrate you by also playing mind games. Chiefs will need to be strong mentally and not let those things affect them.”

On playing at Stade du 4 Aout Stadium, Nomvethe said they can expect a good venue with a proper pitch, though he is not sure if it is still the same as the one they played on before.

“They have proper stadiums to host matches. I don’t know now what’s happening there [now] but before, [when] we played there, it was a good stadium.”

Amakhosi are set to fly out to Ouagadougou this morning on a charter flight with coach Gavin Hunt taking 18 players with him, hoping for favourable results.

Chiefs started the group stage with a goalless draw against Guinea side Horoya AC and are third in Group C with one point.

They will need to avoid a defeat against Wydad, who started the group with a 1-0 win over Petro de Luanda of Angola on Tuesday, to keep their chances of going through to the knockout stages alive.

Horoya are leading the group with four points after a victory and a draw in their two matches with Wydad second. A Chiefs victory will see them join Horoya on four points.

Kaizer Chiefs will depart from OR Tambo on Friday to face Morocco's Wydad Athletic in an away Caf Champions League Group C match that will be played ...
Sport
10 months ago

Kaizer Chiefs extended their winless run to seven matches in all competitions after they played to a goalless draw against Horoya Athletic Club in ...
Sport
10 months ago
Next Article