Manyama admits 'it's been tough' for Amakhosi 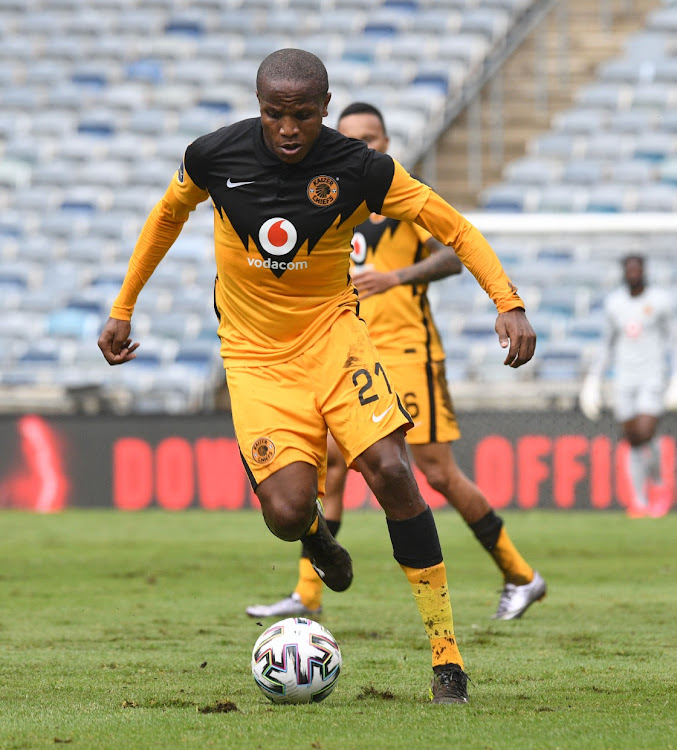 Lebogang Manyama of Kaizer Chiefs during the DStv Premiership 2020/21 match between Orlando Pirates and Kaizer Chiefs on the 30 January 2020 at Orlando Stadium.
Image: Sydney Mahlangu/BackpagePix

Kaizer Chiefs is hoping to get their CAF Champions League campaign up and running when they host Petro Atletico de Luanda in Group C at the FNB Stadium tomorrow (6pm). However, most importantly, Amakhosi will be looking for their first win in all competitions since late January.

The Soweto giants last won a football match after registering an emphatic 3-0 victory over Tshakhuma Tsha Madzivhandila on January 19.

Coach Gavin Hunt's troops played to a goalless draw against Horoya of Guinea in their Champions League opener at the same venue.

Wydad Casablanca of Morocco hammered them 4-0 in a game played at a neutral venue in Burkina Faso last week. The pressure is on for Hunt and his Amakhosi charges to turn their corner, starting with this game at home against the Angolan side.

Amakhosi veteran midfielder Lebogang Manyama said it is a must-win game for his side. “It is going to be a tough game against an unknown opponent. We want to get points to get up and running. We want to give it our all to make sure that we get the three points as we are playing at home," said Manyama.

Wydad top the group with six points from two games followed by Horoya with four points, while Amakhosi are in third place with one point with Petro bottom of the table with no point.

Manyama admitted that it is tough as he hopes to end the season on a positive note. “It’s been an up and down season, we play every three games and it's not as easy as it looks. We will try to finish this season on a high and take it from there. We will also try to push ourselves and confidence for the next couple of months and see where we end up," said an optimistic Manyama.

Why Kaizer Chiefs are in the midst of a crisis

Kaizer Chiefs’ 0-4 Caf Champions League defeat in Burkina Faso a few days ago matched their heaviest losing margin and if they suffer another defeat ...
Sport
10 months ago

Kaizer Chiefs’ 4-0 Caf Champions League thrashing at the hands of Wydad Casablanca on Sunday saw them equal one unwanted record and close in on ...
Sport
10 months ago
Next Article