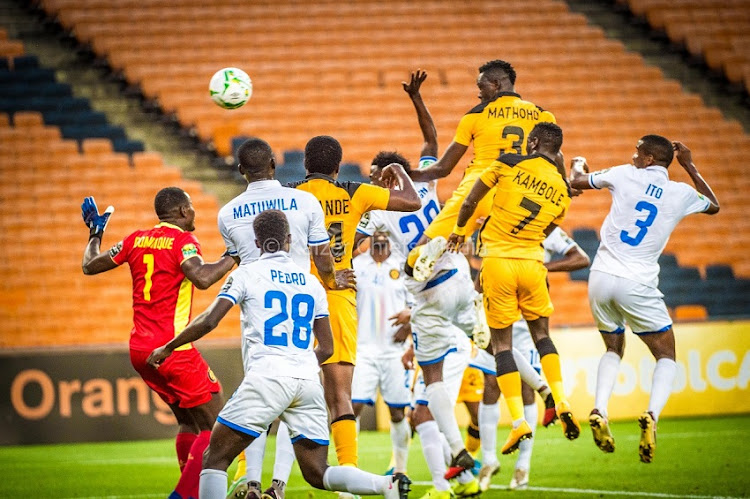 Not much has gone Kaizer Chiefs’ way in 2021, so a win by a healthy 2-0 margin even against relatively outclassed opponents in the Caf Champions League against Petro de Luanda on Saturday night would have been gratefully accepted at Naturena.

Amakhosi coach Gavin Hunt this week bemoaned the inconsistencies in his line-up from injuries and Covid-19 conditions as a key influence on their poor run.

That did not stop the coach from showing his disgruntlement from Sunday’s record margin-equalling 4-0 defeat to Wydad in Burkina Faso by taking out almost everyone, making eight changes.

Itumeleng Khune’s tragic death of his sister resulted in the enforced switch, Daniel Akpeyi coming into goal. Just Reeve Frosler survived in the back four, and Willard Katsande and Lebogang Manyama remained in midfield.

Up-front Leonard Castro and Samir Nurkovic, carrying niggling injuries in the week, made way for Bernard Parker and Lazarous Kambole.

Petro had not earned a point in two matches, and the cause of that was visible as they produced very apart from a decent level of organisation in defence.

Chiefs, in their first Champions League round-robin stage, had some hope restored in Group C going to four points.

Seemingly anxious to impress, atone, and avoid unwanted records, Chiefs played at a healthy tempo for the opening half-hour, struggling just to penetrate.

On the half-hour Nkosingiphile Ngcobo’s corner from the right was notable for its shape and accuracy, Mathoho getting above the defence to head neatly past the flambouyantly-named goalkeeper Signori Antonio.

Chiefs had more opportunities, though Petro limited the home side to what could only be termed half-chances.

Petro just about held their own limiting Chiefs to a single goal in the first half. In the second Amakhosi camped in the Angolan club’s territory.

Chances and a convincing final pass remained elusive. Again it was from a set-piece that Chiefs almost made it 2-0, Cardoso’s run at the far post not picked up to another expert Ngcobo corner, the centreback heading across the face onto the right upright.

Mashiane had space on the left to smack a shot at Antonio.

Chiefs deserved a second, and the increasingly threatening Mashiane provided it with pace and class, picking up a loose ball 35 metres out, bursting between two defenders and finishing hard and low past Antonio.