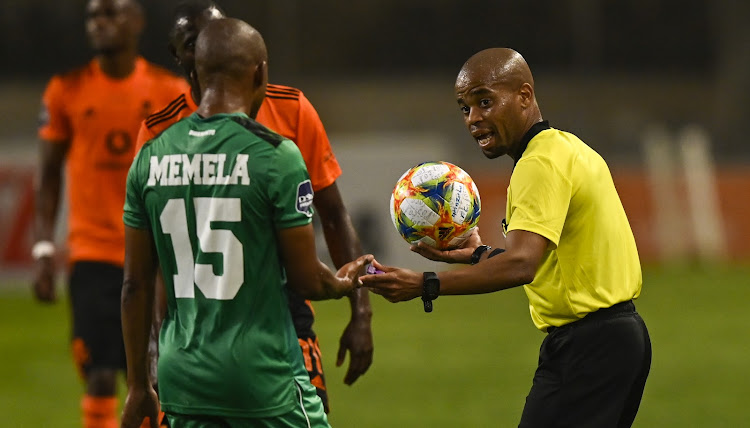 So much is expected from AmaZulu this season and coach Ayanda Dlamini was happy with the point his charges earned from their opening league match match against against Orlando Pirates on Saturday.

Usuthu came from behind to draw 1-1 with Bucs after referee Abongile Tom awarded a dubious penalty from a foul that television replays later showed clearly took place outside the penalty area.

Dlamini elected to focus on the precious point they earned from the result and did not mention Pirates' contentious penalty incident in his post-match reaction as he instead focussed on the point eked out by his side.

“I think it was a game of two very good sides that performed very well‚” said the former Usuthu striker.

“Pirates had some very good moments where they had the ball and threatened us. But we also had our moments and I think the boys did very well.

“Obviously it’s still our first game but I’m very happy with what I saw in my team.

“The intensity in our attack and the way we defended‚ you know‚ it’s getting there.

“We know we still have a lot of work to do but we can take this game positively from here.”

Gabadinho Mhango converted from the spot to put Pirates in the lead in the 18th minute‚ but AmaZulu bounced back to ensure a share of the spoils through Lehlohonolo Majoro’s 33rd minute penalty.

Former Pirates midfielder Luvuyo Memela was fouled by Fortune Makaringe inside the area and Majoro‚ himself an ex-Bucs player‚ took full advantage to earn the point.

Dlamini singled out Memela's performance as impressive after the former Pirates man made his debut in Usuthu colours.

Memela was part of the 10 signings unveiled by AmaZulu in Durban club a few days ago.

“Obviously one has to mention Memela because he was our top performer and I think he made the difference‚” said Dlamini.

“He showed his experience and showed he’s been playing in big games for some time.

“But like I said‚ it’s our first game and there are a lot of players that are new in the team‚ but things are going in the right direction.”

AmaZulu are away to TS Galaxy at the Mbombela Stadium away on Wednesday in their next match and Dlamini expects his charges to maintain the momentum they gained from the Pirates outing.

“We just have to keep the same mentality‚ same intensity and take the positive from [the Pirates match] and work from there‚” said the 36-year-old coach.