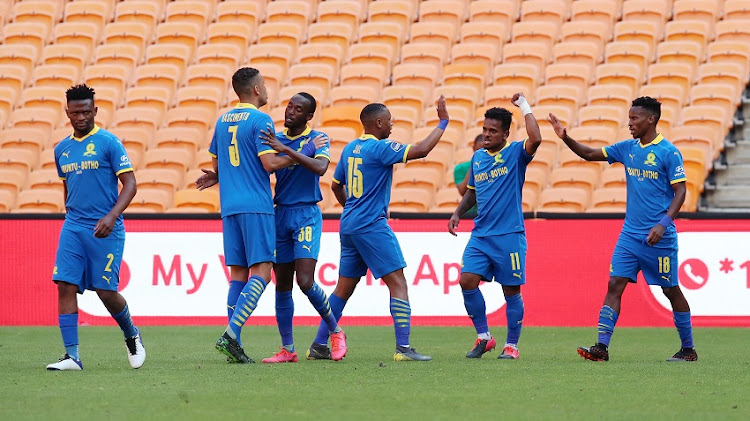 Mamelodi Sundowns' embarrassment of riches in player power seemed to stand in contrast to the starker situation at Kaizer Chiefs, in the Brazilians' 3-0 DStv Premiership opening victory at FNB Stadium on Saturday.

New signing Peter Shalulile took advantage of a goalkeeping error from Itumeleng Khune to score his first goal at Sundowns for their 37th-minute lead. Another new man, Kermit Erasmus, made it 2-0 scoring on debut in the 54th. Themba Zwane struck the third from the spot in the 88th.

It seemed to encapsulate the difference in resources that as champions Sundowns introduced firepower off their bench, Chiefs' new coach Gavin Hunt brought on youth products Keletso Sifama and debutant Lebohang Lesako.

Both sets of coaches made three changes. Hunt brought in Leonardo Castro at centre-forward from his team's 2-1 MTN8 quarterfinal win against Maritzburg United. He had Willard Katsande and Lebogang Manyama back from suspension in midfield.

Hunt needs time to impose his direct, tough pattern that has yielded trophies everywhere he has coached. He might also have a private concern, one he might not express readily in public, that Chiefs over-achieved with the squad they have finishing second under predecessor Ernst Middendorp last season.

A transfer ban from Fifa has left Chiefs - generally overly-frugal in the market at any rate - watching from the sidelines as big three rivals Sundowns and Orlando Pirate have hoovered up deals in Covid-19 economic conditions, and plundered the squads of two clubs sold.

Hunt has some ageing players and a squad that needs refreshing. But he's not allowed to do it. So his ability to work with limited resources, get the best from players, and introduce youth, is going to be tested in this first season at a glamour club.

A shaky performance throughout from Chiefs' stalwart keeper Khune contributed to Sundowns taking a goal's lead to the break.

Chiefs right-back Reeve Frosler's early punt from deep in his half found the run of Khama Billiat, who cracked a first-time volley at Denis Onyango.

Sundowns then took control. Captain Kekana first tested Khune from where few would have the audacity to, cracking a strike from an impossible angle from outside the area on the right that the ex-Bafana Bafana keeper awkwardly pushed for a corner.

Khune came far out of his area to intercept an up-field chip, miscued his kick, and only found Shalulile metres in front of him, whose lob was not well connected to allow Ramahlwe Mphahlele to get back and clear from in front of the line.

Khune then came and stretched an arm but missed from Coetzee's corner from the left, Shalulile connecting with a shoulder to open his account at his new club.

Sundowns came out from the break noticeably winning the lion's share of the ball.

Prying across the area, Erasmus fed newly-crowned 2019-20 Footballer of the Season Zwane in to force a close-range stop from Khune. Erasmus struck the rebound low inside the right upright.

It added insult to injury that the 3-0 scoreline was brought on by substitute George Maluleka, fed through by Zwane, being brought down by former clubmate Khune, allowing Zwane to slot from the spot.