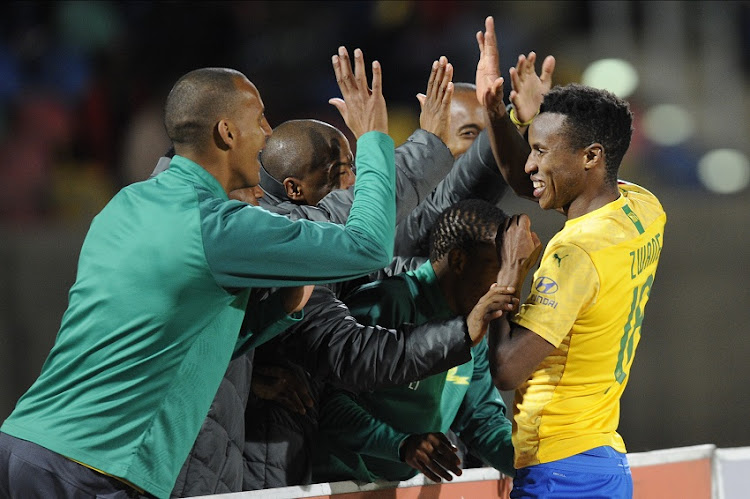 Sundowns walked away with the treble last season - they won the league, the Telkom TKO and the Nedbank Cup - and it was hardly a surprise that they dominated the evening.

Not to be outdone, Zwane's rivals in the league decided that he deserved to walk away with the player’s player of the season gong after facing him during the season. The players voted for this award but as per the rules, Zwane's team-mates at Sundowns were not allowed to cast any votes for him.

There was no surprise when Mosimane was named coach of the season after winning the award for a record third time in a row.

Mosimane led Sundowns to three league titles in a row and confirmed his place among the South African football greats when he won the treble last month.

He secured a tenth league title since the inception of the Premier Soccer League in 1996 and in a personal milestone for the overachieving coach, it was his fifth championship in the seven years he has been at the helm at Chloorkop.

Mosimane departed for Egypt soon after leading Sundowns and he is charting new frontiers at continental powerhouses Al Ahly.

In other awards handed out on Thursday night, Baroka FC’s Goodman Mosele took the Most Promising Player award in a category that was highly contested by some of the country’s most promising talent. This award is awarded to players under the age of 21.

Maritzburg United’s Rushine De Reuck was voted Defender of the Season and Sundowns' Hlompho Kekana’s strike against Orlando Pirates on 20 August 2020 was voted by the public as the Goal of the Season.

Despite losing to Mamelodi Sundowns in the Nedbank Cup final, Bloemfontein Celtic’s Victor Letsoalo took top honours in the competition. He was voted as the Player of the Tournament. Sundowns forward Keletso Makgalwa won the Nedbank Cup Most Promising Player.

In the match officials category, Jelly Chavani won the Referee of the Season award while Shaun Olive was took the Assistant gong.

Footballer of the Season*