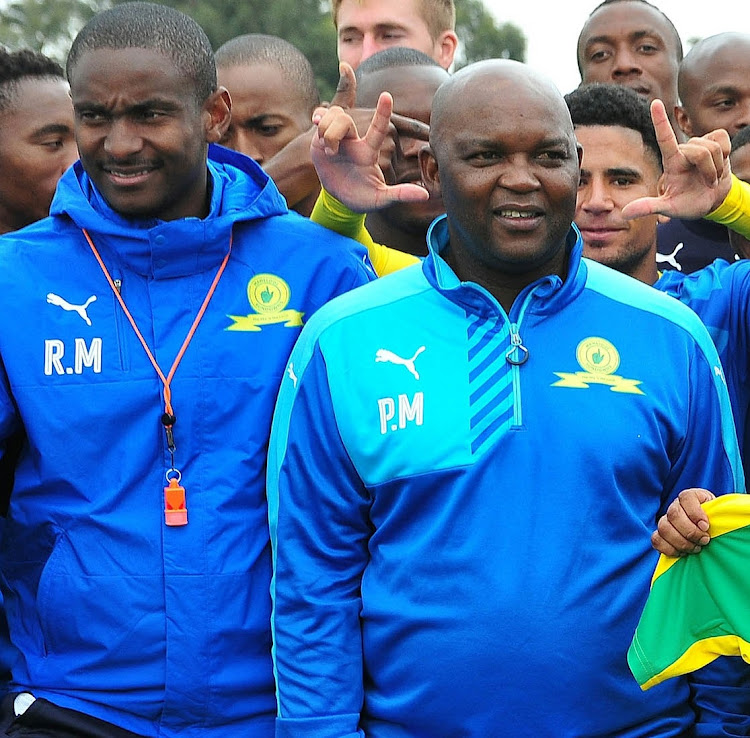 Rulani Mokwena's father Julius "KK" Sono is optimistic that his son's return to Mamelodi Sundowns will improve their relationship, revealing they were not in constant contact when he was at Orlando Pirates.

Sono revealed that their relationship had been poor since Mokwena left Sundowns three years ago. This was because of the feud between Sono and Pirates chairman Irvin Khoza, which saw KK file papers in court over the ownership of the club in 2015.

Sono, who has since made peace with that, is delighted at his son's latest move.

"That's an outstanding decision. It will settle his mind out of Orlando Pirates dispute between dad and Irvin Khoza," Sono told Sowetan yesterday.

"I'm very happy that he went to join Sundowns. It won't create an enemy between me and my son anymore because he is neutral and he is going to prove himself where he is now with Pitso Mosimane.

"While he was with Sundowns back in the days, he used to visit me most of the time, but at Pirates, since he was hired, I only met him at funerals. Other than that, we were communicating via a telephone."

As Sowetan reported two weeks ago, Rulani Mokwena's return to Mamelodi Sundowns has now been officially conformed.
Sport
1 year ago

Mokwena joined the team in Rustenburg where they are currently in camp and resumed his assistant job to head coach Mosimane.

Meanwhile, Mosimane said they were adjusting well to the new normal as they have to comply with Covid-19 safety measures.

Sundowns have assembled at the Royal Marang Hotel in Phokeng for their mini camp in preparation for the resumption of football.

"Difficult training, different types of training small groups of four, we hang around here the whole time so we can welcome the other group coming," Mosimane said.

"We knew, but when you face it is something else. Not hanging around and everybody got his own basket which you put your own boots, water, sanitiser, musk, and whatever you need to comply with."

Rulani Mokwena is set to make a sensational return to Mamelodi Sundowns and the Pretoria club will make the announcement in the coming days.
Sport
1 year ago

Lehlohonolo Seema was handed the tough task of attempting to guide Chippa United away from the relegation zone when he was revealed as club's new ...
Sport
1 year ago